South Africa will look to shed their big tournament 'chokers' tag that has haunted them for long as they go into the first semi-final of the ICC Champions Trophy 2013 against strong contenders England at the Oval in London on Wednesday in what promises to be a thrilling showdown. 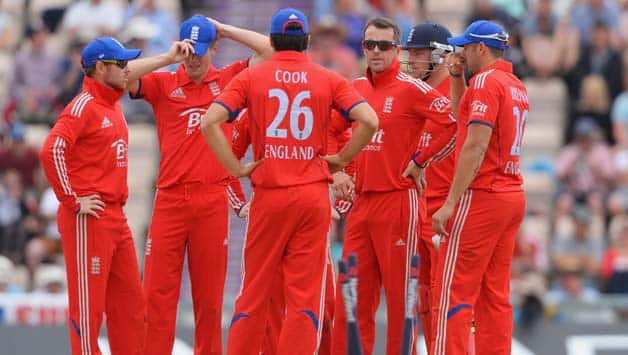 South Africa will look to shed their big tournament ‘chokers’ tag that has haunted them for long as they go into the first semi-final of the ICC Champions Trophy 2013 against strong contenders England at the Oval in London on Wednesday in what promises to be a thrilling showdown.

England topped Group A and will play South Africa in the last-four stage after Sri Lanka knocked holders Australia out of the tournament with a 20-run win at The Oval on Monday night.

Sri Lanka, who finished second in Group A, will take on reigning world champions and Group B toppers India in the second semi-final in Cardiff on Thursday.

South Africa advanced to the semi-finals on superior net run-rate after their rain-marred Group B match against the West Indies in Cardiff, which ended in a tie.

For South Africa — often dubbed ‘chokers’ for losing from promising positions — their only ICC trophy came way back in 1998 when they won the inaugural edition of the Champions Trophy, then known as ICC Knock-Out Trophy, in Bangladesh.

Thereafter, the Proteas failed to advance beyond the semi-final stages of major tournaments despite having strong outfits. But come Wednesday, the AB de Villiers-led side would be hoping to turn the tide.

South Africa witnessed a mixed outing in the group stage of the tournament. They lost their opening game to India before getting the better of Pakistan, while their last game against the West Indies ended in a tie.

However, South Africa got a shot in the arm in their last game when pace spearhead Dale Steyn returned to the playing XI after missing the opening two group encounters due to a side strain.

And soon after returning Steyn showed why he is the world’s numero uno pace bowler by emerging as the pick of the bowlers for South Africa with figures of two for 33 against the West Indies.

On the batting front, Hashim Amla’s form up the order remains crucial for South Africa as he would be expected to play the sheet-anchor’s role.

Colin Ingram’s strokeful 83-ball 73 against the West Indies was a welcome value addition for the Proteas, while the likes of de Villiers, Faf du Plessis, JP Duminy and David Miller are the game changers who can cash in on a solid start.

England, on the other hand, made their way to the semi-finals by eking out a 10-run victory over New Zealand in a must-win rain-hit group match.

Backed by a boisterous home crowd, England, one of the strong contenders for the trophy, will have a clear edge over South Africa in Wednesday’s encounter.

With scores of 269 and 293 in their last two games, England’s batting looks in good touch. England’s top-order comprising captain Alastair Cook, Ian Bell, Jonathan Trott, Joe Root and Ravi Bopara are all amongst the runs and it won’t be a surprise to see the hosts piling up a big score in conditions which are familiar to them, if they bat first.

The pace trio of Stuart Broad, James Anderson and Tim Bresnan have been amongnst the wickets in the tournament but leaked runs at the same time.

And captain Cook would be hoping for an improved performance from his bowlers against the Proteas who have quite a few destructive batsmen in their ranks.