With the arrest of five persons and seizure of over Rs 7 lakh, police on Friday claimed to have busted a racket involved in betting on the ICC Champions Trophy-2017.

Berhampur (Odisha): With the arrest of five persons and seizure of over Rs 7 lakh in Bada Bazar area, police on Friday claimed to have busted a racket involved in betting on the ongoing ICC Champions Trophy-2017. Apart from over Rs 7 lakh cash, 10 mobile phones, calculators, notebooks and other materials were seized from the five arrested persons, said sub divisional police officer (SDPO), Berhampur, Shantanu Das. The accused persons were allegedly involved in betting on the semi final match of the Championship Trophy between India and Bangladesh on Thursday in a mobile phone shop, when police raided the place, he said. CT17 Final: PAK have nothing to lose, the pressure is more on IND, says Azhar Mahmood

The accused persons were shop owner Saroj Kumar Achary, Kanhu Patra, Raj Kumar Patra, B Koteswar and B Suresh Kumar. They are mostly traders from Berhampur town, police said. B Suresh Kumar had been arrested on May 11, 2017 along with seven others from Patara Sahi in same area for betting on Indian Premier League (IPL)-2017 cricket match, they said. After being released from jail on bail, Suresh Kumar was once again active in betting on cricket matches in ICC Championship Trophy. “We are investigating to ascertain their possible link with bookies in other states, said inspector in charge of Bada Bazar police station, SK Tripathy. 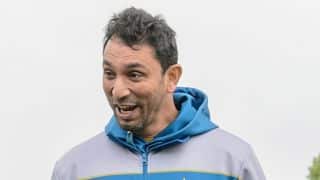