Zaheer Abbas has called on the Pakistan cricket team to take revenge against India for the humiliating defeat in their Champions Trophy campaign opener.

Lahore: Legendary batsman Zaheer Abbas has called on the Pakistan cricket team to take revenge against India for the humiliating defeat in their Champions Trophy campaign opener by defeating the arch-rivals in Sunday’s final. Pakistan suffered a humiliating 124-run defeat by India in the first match of their campaign at the ongoing Champions Trophy but staged a splendid comeback with consecutive victories over South Africa, Sri Lanka and hosts England to enter the final. “Now is the time for Pakistan to beat India in the same way they defeated us in the opening match of the ICC Champions Trophy,” Zaheer was quoted as saying by the Dawn on Friday. FULL CRICKET SCORECARD: India vs Pakistan, ICC Champions Trophy 2017 – Final at The Oval

The former Pakistan captain asserted that the way the team made a comeback after the defeat in the opening match has given him hope that they will be able to overcome the poor record against India in ICC tournaments and win the title. “The way Pakistan team played against England gives us an impression that they are now in a position to do something special for the country in the all-important match,” Zaheer said on Thursday.

India have been dominant against Pakistan in ICC events, with the overall record being 13-2 in favour of India. But Zaheer asserted that the manner of Pakistan’s victory against pre-tournament favourites England bears proof that the final will be closely contested. ICC CT 2017, India vs Pakistan Final: Mohammad Aamer likely to play

“Pakistan outclassed England in all departments. They bowled well, their fielding was extra-ordinary while they also batted very well to pull off a comfortable victory against hot favourites England,” he said. Abbas also heavily criticised the English team for blaming the Cardiff pitch for their defeat to Pakistan in the semi-finals. England skipper Eoin Morgan had opined that Pakistan had an advantage as they had played their last game in Group B against Sri Lanka on the very same pitch just two days before meeting the hosts. “These are just lame excuses because English players play most of their county cricket on these pitches. Had any other captain made the remarks, it would have made a sense,” Zaheer remarked. Pakistan have been brought to final of ICC CT due to external forces, Aamer Sohail

The 69-year-old also praised the younger Pakistani players like Fakhar Zaman, Rumman Raees and Faheem Ashraf all of whom made their debuts in the Champions Trophy for their contribution to the team and urged them to continue their good performances. “The new faces have given Pakistan a new life with their energetic efforts. I would like to praise all new players including Fakhar Zaman, Hasan Ali, Rumman Raees, Faheem Ashraf for playing a positive role in rebuilding Pakistan team. Future of Pakistan cricket will be brighter if they press ahead with their efforts with the same zeal,” he said. 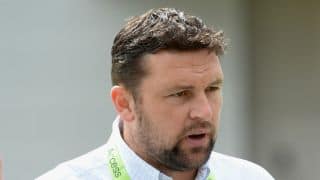