Maxwell bruised his kneecap in Australia s first warm-up game against Sri Lanka which was played on May 26 at the Oval.

Glenn Maxwell has been ruled out of Australia s second warm-up game against Pakistan which is to be held in Birmingham. Maxwell bruised his kneecap in Australia s first warm-up game against Sri Lanka which was played on May 26 at the Oval. Australia did manage to win the game by 2 wickets but Maxwell was dismissed on the first ball without opening his account. So as a precautionary measure, Maxwell will be left on the sideline as Australia gear up for their first game against New Zealand on June 2 at Edgbaston. The magnitude of the injury is not serious which ensures of the player getting back in the starting XI for their game against the Kiwis. Full Cricket Scorecard, Pakistan vs Australia, 4th warm-up game, ICC Champions Trophy 2017

Since the recently held Test series against India, Maxwell basked inform hitting his maiden Test century at Ranchi. Since then the all-rounder from Victoria played consistent cricket in the Indian Premier League (IPL) 2017 which followed up immediately after the Test series. Maxwell captained his side Kings XI Punjab (KXIP) to No. 5 position not being able to qualify for the playoffs.

But the 28-year old played was amongst consistent run-scorers in the tournament managing to score 310 runs at an impressive strike-rate of 173 with the bat while taking 7 wickets at an telling average of 6.57.

Riding on these consistent performances in the recent past, Maxwell has become a lynchpin in the strong Australian side for the Champions Trophy.

Australia have been placed in Group A of the Champions Trophy and will be playing their series opener against their neighbours on June 2 which will be followed by their game against Bangladesh on June 5 to play their last game of the group game against host and arch-rival England at Edgbaston on June 10. 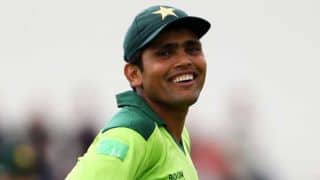 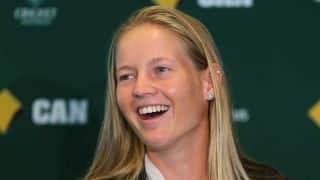