Kedar Jadhav wants India to treat the much awaited match against Pakistanj just like any other game and keep their emotions aside.

London: While the cricket world has set eyes on a high-voltage India-Pakistan encounter in the Champions Trophy at Edgbaston on June 4, Kedar Jadhav wants his team to treat the much awaited match just like any other game and keep their emotions aside. “As professional cricketers, we don’t involve our emotions. We need to play every game with the same amount of intensity,” Jadhav told the reporters. “It’s all about the crowd that creates this kind of environment. It’s good to have people coming to see the match when it is an India-Pakistan game. But for us cricketers, it is always about treating every game with the same kind of intensity and treat every opponent with the same amount of respect,” he said. India capable of defending title, says Kumar Sangakkara

While Pakistan hold a 2-1 lead over their fierce rivals and neighbours in the Champions Trophy, it is India who have won 10 out of the 11 contests at the World Cup and World T20 tournaments between the two sides. India won the last Champions Trophy in 2013 and head into the marquee event as favourites after a hugely successful home season with 10 Test wins. The Men in Blue are number one in the Test rankings after series victories over New Zealand, England, Bangladesh and Australia, and would hope to carry that form into the Champions Trophy. Virat Kohli-led India unhappy with Anil Kumble?

The 32-year-old, who joined the team late due to visa issue, has played only 15 ODIs so far in his career and thus his excitement to play his first ICC event is all but natural. “It is my first ICC trophy. I am more excited than others. It is a great feeling to playing in a tournament like that,” Jadhav said. 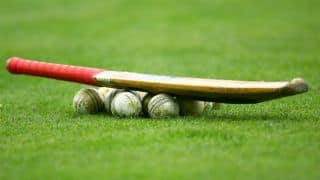 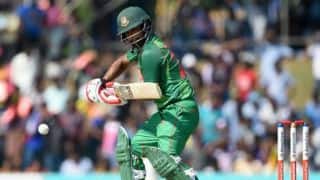 ICC Champions Trophy 2017: Bangladesh deserve the respect they are getting, says Tamim Iqbal