Playing for India against South Africa on Sunday, Shikhar Dhawan became the fastest batsman in the world to score 1,000 ODI runs in ICC 50-over events. He achieved the feat during match 11 of the ICC Champions trophy against South Africa at The Oval. Dhawan scored the runs off just 16 innings, going past Sachin Tendulkar (18) and Sourav Ganguly (20). He is also the sixth Indian to achieve the feat. Dhawan is currently batting along with Virat Kohli. He has gone past his half-century, the 19th of his ODI career. Dhawan was also the highest run-scorer for India in the previous edition of the Champions Trophy in 2013.

India are on course to reach the Champions Trophy semi-final after demolishing a woeful South Africa for 191 in a do-or-die clash on Sunday. Virat Kohli’s side must win this last Group B fixture to avoid an exit; they rose to the challenge after electing to bowl first at The Oval. South Africa, who face elimination if they lose, found it impossible to take charge against India’s accurate bowling and only Quinton de Kock (53) produced a strong innings. India were aided by South Africa captain AB De Villiers, who failed for the third time in the tournament after being run out for 16.

Three South African batsmen were three run out. They lost their last 8 wickets for 51 runs. If India do away with a successful run chase, the defending champions will join Group A qualifiers England and Bangladesh in the semi-final. 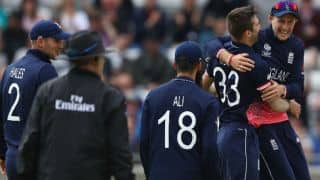 ICC Champions Trophy 2017: England is not where it wants to be just yet 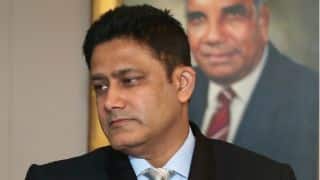