ICC Champions Trophy 2017, warm-up game: Australia and Pakistan look to tick all boxes ahead of tournament

Australia earned a narrow 2-wicket victory over Sri Lanka in the first of the warm-up matches ahead of ICC Champions Trophy 2017. Pakistan, on the other hand, also chased down 342 against Bangladesh by same margin in what turned out to be a breath taking clash in the second warm-up tie. In the fourth encounter, both these sides lock horns in a bid to tick all the boxes heading into the main draw of the marquee event. This will be the last chance for both camps of testing their bench strengths and trying out different combinations ahead of their respective tournament openers. With both Australia and Pakistan being involved in mouth-watering contests in their sole appearance in the warm-up round, expect another close affair at Edgbaston. Full Cricket Scorecard, Pakistan vs Australia, 4th warm-up game, ICC Champions Trophy 2017

Steven Smith was rested for the first warm-up encounter. He, in all likelihood, will return to Australian colours and lead the side on Monday. David Warner, Chris Lynn and Moises Henriques came and perished in the game versus Sri Lanka. They will be banking upon this game to get some runs under their belt and add to their confidence. There were some soft dismissals against the Islanders in a tall chase and Australia will be wary of that. On the other hand, Travis Head’s calm head guided his side to a nerve-wreaking win in the last over. His blitz will keep him in good stead and another good showing will prepare him further in his side’s tournament-opener versus Trans-Tasmanian rivals, New Zealand.

On the other hand, Australia leaked over 300 runs against a line-up  not regarded very highly entering the coveted ICC event. They were without Mitchell Starc and his comeback, most likely, will bolster the attack. Josh Hazlewood maybe rested in return, whereas James Pattinson and Adam Zampa will be itching to get some wickets and curb the run-flow against Pakistan.

Talking about Pakistan, they will be upbeat after chasing a huge total versus Bangladesh. However, they need to work on their bowling which remained erratic barring Hasan Ali. Wahab Riaz, Junaid Khan and Imad Wasim did not find rhythm and leaked runs left, right and center. They will like to get their act together before their opener against arch-rivals, India, on the same ground. On the other hand, their batting sparked surprises riding on knocks from Shoaib Malik, Fahim Ashraf and Mohammad Hafeez’s vital cameos sealed the deal for the side, requiring 93 off 44 balls.

Pakistan will be adamant on having another good day with the bat as they are scheduled to play India on June 4 which comprises of in-form pacers. Mohammed Aamer will be back in action and test Australia’s top-order after missing out on the first warm-up game. Even if Sarfraz Ahmed and Smith’s side will meet for an unofficial match, the game will be riveting with both teams aiming good form entering a big competition. 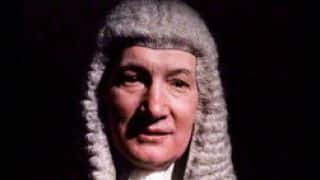 Miller vs Jackson: A verdict for cricket Sachin: A Billion Dreams — borders on hagiography, sustains itself on nostalgia