Skipper Michael Clarke said on Sunday he is looking for success in next month's ICC Champions Trophy to gain Ashes series momentum for his side against England. 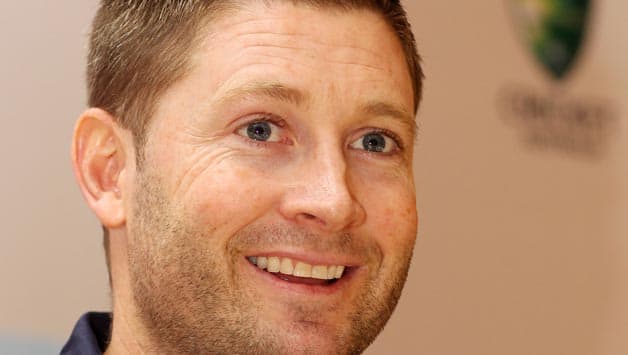 Skipper Michael Clarke said on Sunday he is looking for success in next month’s ICC Champions Trophy to gain Ashes series momentum for his side against England.

Clarke and several players left on Sunday for England to prepare for the June 6-23 Champions Trophy in England and Wales as a prelude to the five-Test Ashes series in July-August.

While interest has centred on the Ashes starting at Nottingham’s Trent Bridge ground on July 10, Clarke said is prioritising what is immediately ahead of his team in the Champions Trophy.

“Obviously the build-up and the talk is going to be about the Ashes, but for us as a team we’re very focused on the Champions Trophy,” Clarke told reporters at Sydney Airport.

“We know already that if you are not 100 percent focused, you’ve got no chance. I think you’ll see a really focused one-day outfit in this Champions Trophy tournament.

Australia are chasing their third straight Champions Trophy after winning in India (2006) and South Africa (2009).

Clarke said he hadn’t decided where he’ll bat in the Test team but would come in at No.4 in the one-day side. “We have probably the most exciting 12 months of our careers ahead of us,” he said, referring to back-to-back Ashes campaigns with Australia hosting England during the 2013/2014 southern hemisphere summer.