An independent assessment of Kraigg Brathwaite's bowling action was performed at the Loughborough testing centre in England on August 31..

Dubai: The International Cricket Council (ICC) cleared the bowling action of West Indies offspinner Kraigg Brathwaite, who had been reported last month. An independent assessment of Brathwaite’s bowling action was performed at the Loughborough testing centre in England on August 31.”…the bowling action of Windies off-spinner Kraigg Brathwaite has been found to be legal, and the player can continue bowling in international cricket,” the ICC said in a statement. The ICC said that the amount of elbow extension in Brathwaite’s deliveries was well within the 15-degree level of tolerance permitted under the world body’s regulations.

Brathwaite was reported during the first Test against England at Edgbaston last month. The 24-year-old has played 40 Tests, grabbing 12 wickets so far. His 10 ODI appearances have fetched him just a solitary scalp so far. In their report to the ICC following the match, match officials raised concerns over the legality of Brathwaite’s action after he sent down six wicketless overs for six runs in his side s defeat in Birmingham, as mentioned on cricket.com.au.

Brathwaite bowled just one over during the Headingley Test and was immediately asked to undergo testing at Loughborough University following the Windies win.

According to ICC, all of Brathwaite’s deliveries were “well within” the 15-degree permitted level of tolerance. 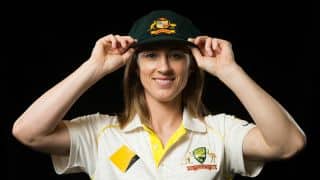 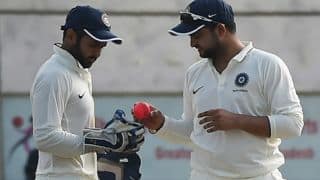