The West Indies were given a boost on Thursday ahead of their Bangladesh tour when all-rounder Marlon Samuels was cleared to bowl by the sport's world governing body. 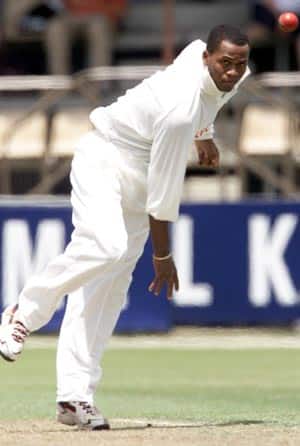 The West Indies were given a boost on Thursday ahead of their Bangladesh tour when all-rounder Marlon Samuels was cleared to bowl by the sport’s world governing body.

The off-spinner, a key member of the West Indies Test, one-day and Twenty20 squads for the tour, had been suspended from bowling after being reported for a suspect action in 2008.

The International Cricket Council (ICC) said an independent test had found Samuels’ action to be legal following significant remedial work, and he could resume bowling.

“A comprehensive analysis revealed that his mean elbow extension was now comfortably within the 15-degree level of tolerance permitted under the relevant regulations,” the ICC said in a statement.

The independent analysis was performed by Bruce Elliott, a member of the ICC’s panel of human movement specialists, at the University of Western Australia, Perth, this month.

The spinner’s action, however, will continue to be scrutinised by match officials to ensure it remained legal, the ICC statement added.

Samuels, currently in Dubai with the West Indies team for a one-week camp ahead of the Bangladesh tour, said he was pleased to know he could resume bowling in international cricket.

“I have been waiting for this moment for a while now,” a West Indies Cricket Board statement quoted Samuels as saying.

“I am mainly a batsman in the team but it feels good to know that I can again contribute to the team in another area — with the ball. I am the kind of player who likes to be always involved in the game.”

Part-time spinner Samuels, 30, has so far bagged 57 wickets in one-day internationals and seven in Tests.

The West Indies, who arrive in Dhaka on October 4, will play two Tests, three one-day internationals and a one-off Twenty 20 match in Bangladesh. (AFP)