New Zealand captain Kane Williamson’s bowling has been deemed legal by the International Cricket Council (ICC). Williamson was reported for a suspected illegal bowling action during the first Test against Sri Lanka in August this year.

Williamson, an offspinner, can continue bowling in international cricket as his elbow extension is within the limits of ICC regulations. “He (Williamson) subsequently underwent a bowling assessment in Loughborough on 11 October, where it was revealed that the amount of elbow extension for all his deliveries was within the 15-degree level of tolerance permitted under the ICC Illegal Bowling Regulations,” the ICC said in a media release on Friday.

This is the second time in his career that the 29-year-old has been reported for his bowling action. In 2014, he has suspended from bowling and underwent remedial process and reassessment following which he was allowed to bowl again.

New Zealand are currently hosting England for a five-match T20I series but Williamson is sitting out after a recurring hip injury flared up. In his absence, Tim Southee is leading the side with England registering a comfortable seven-wicket win in the series opener on Friday in Christchurch.

England, who opted to field, kept New Zealand to 153/5 before chasing down the target with nine deliveries to spare. James Vince starred for the tourists with a maiden T20I half-century. 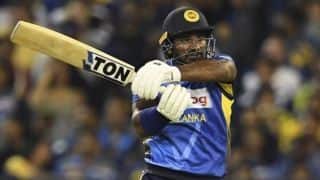 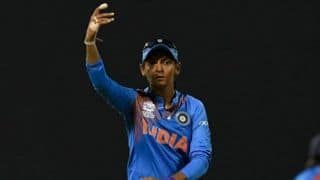