According to Flintoff, the England team now has a chance to blaze a trail and form an identity.

Former England skipper Andrew Flintoff talked up England’s World Cup chances, stating that the Eoin Morgan led team is on cusp of doing something special after they hammered India by nine-wickets in the third One-Day International (ODI) at Brisbane. England had a terrible year in ODIs under Alastair Cook but have shown some spark since Morgan took over captaincy.

Reflecting on England’s chances in the World Cup, Brisbane Heat all-rounder said that England were on the verge of doing something special in this form of the game, the BBC reported. Flintoff further said that they need to realize they had never been any good at one-day cricket, adding that he played in three World Cups and didn’t get anywhere in any of them.

According to him, the England team now has a chance to blaze a trail and form an identity , the report added. England will open their World Cup campaign against Australia on February 14 in Melbourne. 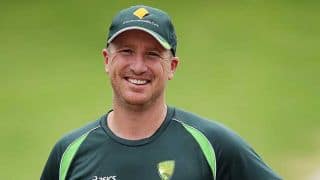