India are happy not to be hot favourites for the ICC World Cup 2015.

Less than a month away from the ICC Cricket World Cup 2015, all those touted as prospective favourites are fiercely involved in a tri or bilateral series. India are among the front-runners as reigning champions. Also, the limited-overs format is considered their best suit.

India, Australia and England are engaged in a highly competitive tri-series Down Under, New Zealand and Sri Lanka measuring each other up and South Africa are battling it out with West Indies. Among the top Test-playing nations, Pakistan are the only ones to complete their schedule, playing Australia and New Zealand in the United Arab Emirates.

Every team has its peculiar ifs and buts, niggles and fears of peaking earlier than it should. If India are still wondering about the impact on their World Cup team of the decision of their most successful Test captain Mahendra Singh Dhoni to call it quits with just a Test to go for the series to end against Australia, Pakistan are worried about the outcome of a medical test of star spinner Saeed Ajmal’s bowling action — though a private test in England is said to have cleared him.

While the West Indies have the usual problems with the players’ revolt and the authorities coming down hard on the so-called rebels, Sri Lanka are putting up a brave front against New Zealand in conditions the World Cup is going to be fought out.

India first: They started atrociously in New Zealand but recovered to win 14 matches during the year against Bangaldesh, England, Sri Lanka and lost eight with one tie and another no result. They lost the only match they played against Pakistan in the Asia Cup. Interestingly, the two kick-off their World Cup campaign at Adelaide.

Curiously, no Australian or Pakistani batsman is there in the top 10. The only Australian figuring in the top 20 is Aaron Finch at 11 and the lone Pakistani is Ahmed Shehzad at 20 with two Bangladeshis Mushfiqur Rehman and Amanul Haque above him. Kane Williamson is the only New Zealander in the top 20.

Mohammed Shami shares the top spot among bowlers with Ajantha Mendis with 38 wickets apiece while Ravindra Jadeja is in the sixth position with 25 wickets behind Lasith Malinga, Chris Jordan and Sachitra Senanayake and Ravichandran Ashwin at 11 with 23. Mendis does not figure in the World Cup squad! No Australian in the top 10 bowlers.

The stats only show the importance the Test-playing nations attach to the limited overs formats. But when it comes to the World Cup, Australia and New Zealand are among the top contenders because it is played in the familiar conditions in the Antipodes.

There are already fears that the Australians are getting to peak and whether they would be able to sustain it by the time the World Cup gets to its business end. They started the tri-series with a bonus point victory against England and Sunday they will take on India.

India are happy not to be hot favourites. The critics are advancing two reasons. One, they are being judged by their showing in the just-concluded Test series and also the pressure and motivation their skipper Dhoni would have now that he has relinquished his Test captaincy.

Yes, India lost the four-Test series 0-2, but it was case of half-empty glass. Their batsmen showed their class and that’s what matters to the side. They offset their weakness in their bowling attack. When it came to one-day cricket, the Indians have done well in conditions where their batsmen failed to measure up to in the longer duration format.

Even the Indian bowlers are more focussed in the One-Dayers where their 10 overs are distributed into two or three spells, though they have to be a lot tighter in the death overs. The batsmen have no such worries as mostly Dhoni and Raina are around when the second mandatory overs are bowled and if the skipper is there in the slog overs, he will give a winning finish.

Kohli, Dhawan, Rahane and Rohit should provide the strokeful platform for the sloggers to carry it forward. The top-heavy batting gives some flexibility to plan their team composition giving weightage to the bowling.

The tri-series will give an opportunity to try out the bowling, including the much-maligned Stuart Binny, who has the best bowling figures by an Indian – six for four on a seaming track against Bangladesh.

The Indians will have an added motivation to prove that they are good enough to perform on the Australian and New Zealand pitches. Before every World Cup the Indians had tough series on unfriendly tracks barring in India four years ago. The tri-series will give a fair idea as to who the Indians are going to perform in the mega event. 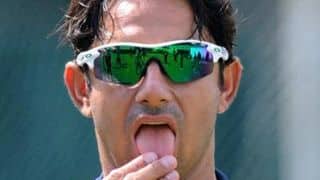 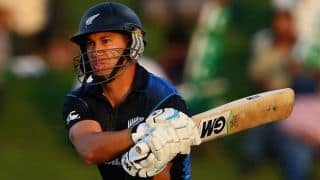