Dravid picked Virat Kohli as India's ace batsman in the 50-over showpiece event.

Adelaide: Former India captain Rahul Dravid may have termed India as favourites against Pakistan in their opening ICC Cricket World Cup 2015 clash, but the veteran batsman warned the Men in Blue to beware of Mohammad Irfan, the 7 feet one inch tall pacer who can turn the game on his day.

“The key player from Pakistan is Mohammad Irfan. Having watched him bowl just recently, I believe he is going to pose a challenge to the Indian batsmen,” Dravid was quoted as saying on ESPNcricinfo.

“We spoke about the strength of Pakistan bowling and how strong they are in this department. He is going to hold the key. If he picks up early wickets and push India back, it will allow Afridi and the rest of the spinners to come in,” he added.

Dravid, who was called ‘The Wall’ in his playing days, picked Virat Kohli as India’s ace batsman in the 50-over showpiece event.

India may have fared badly in the Test series against Australia and the ODI tri-series tournament that followed, but Dravid insists that their long stay Down Under will only help their cause in the World Cup.

“I think India would start favourites. Just simple reason is that India are now been in Australia for the Test series and the one-day series, so they will be slightly better used to the conditions than Pakistan. Early on in the tournament, it would not have given the Pakistan players time to acclimatise and adjust, he said.

“Pakistan team is relatively quite young and hasn’t toured Australia a lot, if you look at their squad. India’s batting looks strong but having said that Pakistan’s bowling will have an edge. So just on experience you want to give India the edge but all of us know that Pakistan have got key players who can turn the game. They have got some world class bowling and India will need to put runs on the board,” he added. 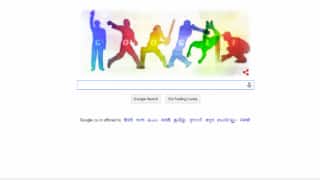