With both Steyn and Philander back in contention, South Africa's chances look good against India.

Melbourne: South Africa had a good training session at the Melbourne Cricket Ground (MCG) on Friday leading up to their ICC World Cup 2015 clash against India. The good news for them was that Dale Steyn and Vernon Philander were back bowling at full steam in the nets and looked good to make it to the game. Steyn was down with sinusitis after the first game and Philander had a hamstring problem.

Steyn had opted out of optional practice on Wednesday at the Junction Oval, but joined his teammates on Thursday. He had not bowled a lot in the nets then, but on Friday, he was out in full force. He started slowly put went full tilt later on. Quinton de Kock and Farhaan Behardien faced some lethal toe-crushers. He also went on to bowl some of the short stuff on a consistent basis. One of the deliveries hit de Kock on the mid-rif, but there was no reason to worry. Steyn looked on his mark and these signs are ominous for India.

On the other hand, Philander joined his team for a game of sepak takraw at warm-up. He then started bowling in the nets and also shifted gears once he got into his rhythm. Philander had a bit of a hamstring problem and was only doing some light training in the previous sessions. South Africa coach Russell Domingo said on Thursday that he expects him to play a big role in the game against India. ICC Cricket World Cup 2015: POINTS TABLE

Speaking to the media, Domingo had said, “There seemed a little bit of bounce here last time. Vernon thrives on wickets that offer a little bit. Hopefully there will be something in the wicket for him because he is a hell of a good bowler when there is something in the wicket for him. He is one of the guys in world cricket who is most effective when the wicket does offer something. I am hoping that he can play a big role for us on Sunday.” ICC Cricket World Cup 2015: SCHEDULE & MATCH DETAILS

India and South Africa take on each other at the MCG on February 22, 2015. South Africa have never lost to India in World Cups and are looking to maintain that record. India are coming off an encouraging 76-run victory over arch-rivals Pakistan and are eager to maintain the momentum in this game. ICC Cricket World Cup 2015: Complete Coverage 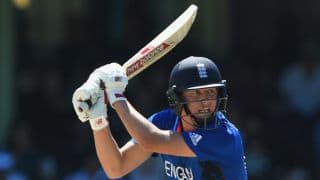 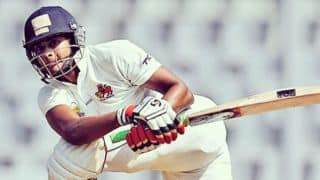 Shreyas Iyer plans to buy a house with IPL money