Russell Domingo has said that the past will not have a bearing when South Africa meets against India.

Melbourne: Russell Domingo, the South Africa coach, has said that the past will not have a bearing when his side meets against India in the ICC World Cup 2015 clash at the Melbourne Cricket Ground (MCG) on Sunday. South Africa have played India in three World Cup encounters so far, and have ended up on the winning side on each occasion. They played them in 1992, 1999 and 2011. Back in 2011, India went on to lift the World Cup but were beaten by a Dale Steyn inspired South Africa in the group phase. SCORECARD: India vs South Africa ICC Cricket World Cup 2015

When asked about the unbeaten record against India, Domingo told the media, “I am not sure — I haven’t really thought about it that way. We just really are focussing hard on our preparations this next week. I haven’t thought too much about whether we have got a psychological advantage over India or not. India are the current world champions and a wonderful one-day side. Whatever has happened in the past in previous World Cups will count for very little on Sunday.” READ: Bhuvneshwar Kumar, Ravichandran Ashwin available for match against South Africa

With India being the reigning world champions and South Africa being one of the contenders, the match on Sunday is being built up as one of the big games of the tournament. Domingo brushed aside the special aura and stated that it is like any other game. He said, “Like I have always said over the last year — every game we play for South Africa is a big game and that is the way we want to approach it. We know that there is always a lot of hype when India is in town. They have got massive support and some really big players in their side, but we are not seeing it as a highly profiled game. Every game we play for South Africa is a big game for us. We are treating it in pretty much the same way as we treat any other game playing for South Africa.” Dale Steyn suffering from sinusitis

Interestingly, Gary Kirsten, the former coach of India, is with the South African team as a consultant. Speaking about his role, Domingo said, “Gary has got a certain amount of days and we have allocated some what we see as important stages of the event that we think he can offer us a lot of advice. Also, once again, just having his presence around is a big source of inspiration and motivation for the team. This is an important two weeks for us, games against India, the West Indies and Ireland before going back to Auckland. Once we get through this Australian leg, we will reassess again and see when he will join us again.”

Also, Michael Hussey, the former Australian batsman, is a part of the support staff. It is interesting to note that Indian skipper MS Dhoni had suggested Hussey as a possible candidate to take over as India coach. Speaking about Hussey’s role, Domingo said, “I think just his presence alone is a big plus for us. He is a guy who has won a World Cup as a player. He has been in pressure situations in Australia. He has played under these conditions for a long period of time. I think his presence alone will serve as a big form of motivation for the players. He is known as a very thoughtful cricketer, he plans meticulously about his own personal game and hopefully some of the things that he has learnt playing in competitions like this he can pass on to some of our players, whether it is in the mental preparation, whether it is in the tactical strategy when going out to bat under pressure, whether it is just thinking under certain conditions. He has got a lot of experience and expertise and hopefully he can pass some of that on to some of our players.” 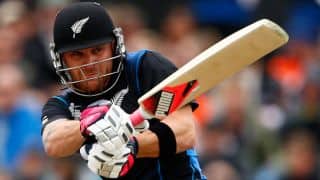 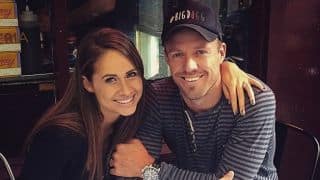 Unlike India, South Africa have no problems with presence of cricketers’ families