Ryan Harris featured in an ODI last against Sri Lanka in 2012.

Ryan Harris has been left out of the Australian World Cup squad as the Australian selectors and think tank want him fully rested and fit for the Ashes 2015.  Also, Harris hasn’t been in the scheme of things in ODIs lately, either injured or recuperating after a Test series. Harris tweeted saying that although he would have loved to have played a World Cup at home, he is comfortable with the decision taken by Cricket Australia.

Ryan Harris on his @cricketworldcup omission: ‘I would have loved to play in a home World Cup, but I’m comfortable with the decision’ #CWC15

Harris in fact featured in an ODI last against Sri Lanka in 2012. Having Said that Harris has 44 wickets to his credit in just 21 ODIs at an astonishing average of 18.90.  The World Cup being hosted by Australia and New Zealand commences on February 14 with Australia taking on England at Melbourne and New Zealand taking on Sri Lanka at Christchurch. 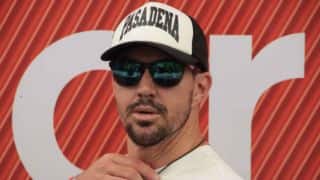