The incident happened in the 50th over of the West Indies innings at Canberra's Manuka Oval.

The incident happened in the 50th over of the West Indies innings at Canberra’s Manuka Oval on Tuesday when Chatara bowled a second consecutive high, full-pitched ball to Gayle, after being given a first and final warning by on-field umpire Ian Gould after his previous delivery.The fast bowler was hauled out of the attack as a result and reported to the ICC match referee for dangerous and unfair bowling.

“In determining the sanction, I took into account the mitigating factor of the wet ball which could have resulted in the bowler not being able to have complete control of the deliveries,” said match referee Roshan Mahanama who handed out the reprimand. 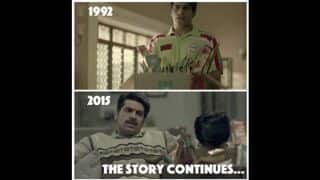 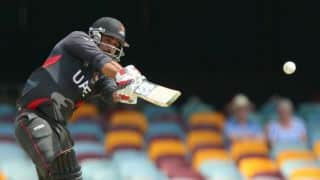