Sri Lanka veteran pacer Lasith Malinga believes that the bowlers will be the "game changers" at the ICC World Cup 2019.

Batsmen may be constantly propelling their teams to high scores everyday but Sri Lanka veteran pacer Lasith Malinga believes that the bowlers will be the “game changers” in the upcoming World Cup despite the flowing runs.

“Cricket is going towards the batsmen but bowlers can change the game, they get the wickets and that wins a match,” Malinga was quoted as saying by ICC Media after Sri Lanka’s five-wicket defeat to Australia in their second warm-up game at Southampton on Monday night.

“Whoever has the skilful bowlers, in any condition on any pitch, will have the advantage in the team. Bowlers need to have a skill, then know how to analyse a game. They need to improve as quickly as they can and get confidence from their performances,” he added.

The 35-year-old was a vital cog in the IPL franchise Mumbai Indians bowling unit this year, claiming 16 wickets to help his side win a record fourth title in the T20 cash-rich league.

“In the last couple of years, I have worked on the variations and it boosts confidence, but situation analysis is very important,” Malinga said.

His performance against Chennai Super Kings in the the final, where he backed himself to bowl a slower delivery in the final ball and defend two runs, has underlined Malinga’s status as one of the world’s best death bowlers.

“The team expects and I expect myself to know how to do this, if I want to be a match-winner I need to take wickets and if I feel that’s a slower ball, I go for it. I have good confidence to bowl it.”

After the warm-up match, everyone was surprised to see Malinga sharing tips with the Australian allrounder Marcus Stoinis on how to deliver a slower ball. “Variations is very important in the short-format game. During IPL also he (Stoinis) had wanted to know how I bowl (it),” Malinga revealed.

“I wanted to give him tips that’s how cricket moves forward. Whoever wants to know, I will help them. I’ll share tricks on how to bowl slow balls, which situation you will use it, why you want to use the slow one,” he said. 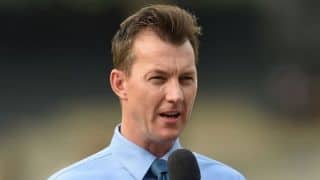