In no mood to take any chances with David Warner, Justin Langer said the left-hander will surely open the innings if he is fully fit.

In no mood to take any chances with David Warner, Australia coach Justin Langer said the left-handed opener will surely open the innings if he is fully fit to play in their World Cup opener against Afghanistan on Saturday.

Langer is still sweating over Warner’s fitness but insisted that he will take no chances if the dashing opener is not 100 per cent fit.

Warner is suffering from an injury to his glute muscle. “He (Warner) was a bit sore on Wednesday. He’s just a bit sore in his right glute. He is desperate to play, he’d love to play like all 15 players would,” Langer said.

“He’s jumping out of his skin, his energy is up and he’s laughing a lot which is a good sign. He’s really keen but we’ve got to make sure he can move, particularly in the field.

“We’ve got to make sure we don’t aggravate it early in a long tournament. He will open the first game if he’s fit,” he said.

In case Warner is available, Langer will have to make a decision between Usman Khawaja and Shaun Marsh for the final spot in the Australian top order.

But if Warner is not fit, both Khawaja and March are expected to feature in the playing eleven.

Happy with the progress Australia has made in the last one year, Langer said the 0-5 drubbing in England was the wake-up call for the defending champions.

“Twelve months ago we came here and got beaten 5-0 by England. That was probably a wake-up call for where we were at. What I can say is I’ve been very proud of the progress of the players,” he said. 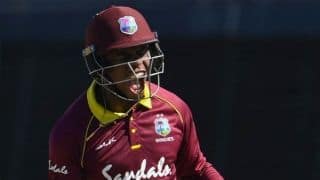 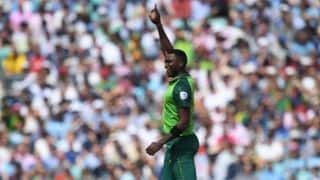 Cricket World Cup 2019: I listened to what the wicket was telling me – Lungi Ngidi