Arthur admitted that a contest as highly-anticipated as India vs Pakistan carries significance for his young group of players.

MANCHESTER: It’s not often that you come across a press conference as enjoyable as Mickey Arthur‘s. The Pakistan coach was honest, entertaining and straight-forward in his replies, something journalists don’t come across frequently. Contrary to others, Arthur doesn’t feel Pakistan are unpredictable side. Instead, he feels they’ve become more structured as a unit. Unlike Virat Kohli, Arthur even admitted that a contest as highly-anticipated as India vs Pakistan carries significance for his young group of players.

But the truest confession from Arthur came when he was asked how the players are preparing themselves for a contest with India in a World Cup. One trivia that has haunted Pakistan cricket for the longest time is that they’ve never beaten India at cricket’s biggest celebrations, but Arthur feels Pakistan have the fire-power that can end their wait for an elusive World Cup win over their arch-rivals.

“I don’t want to say it’s the biggest rivalry in sport, but I saw some stats, you know, which said I think the soccer World Cup final attracted 1.6 billion viewers. Tomorrow likely to get 1.5 billion. It doesn’t get bigger than that. It doesn’t get more exciting. I’m telling our players in the dressing room, you could be a hero tomorrow. Your careers are going to be defined by a moment in the game. You do something incredible tomorrow, you’ll be remembered forever,” Arthur said.

“Our kind of mantra is how do you want to be remembered? We’ve got 15 incredible cricketers in that dressing room, and we keep stressing to them, how do you want to be remembered? You’re the class of 2019. What are they going to say about you in history? And tomorrow presents an unbelievable opportunity for these guys to really make a mark.” ALSO READ: Kohli plays down hype surrounding India-Pakistan tie

Pakistan’s campaign has been a bit erratic so far. They lose comprehensively to West Indies but bounced back to beat England. Their match against Sri Lanka was washed out after which a few glaring errors cost them the game against Australia. Arthur reckoned Pakistan are beginning to pick up the pieces and are just a few steps away from putting up the “perfect game”.

“I definitely do think that through a World Cup, when you’re playing nine games, you’re not going to win every game, but it’s getting that momentum towards the back end of the tournament that’s really, really important, and it’s round about that time for us. Hopefully tomorrow, we can string that perfect game together, as I say.”

Arthur reckoned Pakistan’s unpredictable tag stems from the fact that they’re an exciting bunch. Apart from two 38-year-olds in Mohammad Hafeez and Shoaib Malik, they have a young squad, one that is full of promise. Their top three Imam-Ul-Haq, Fakhar Zaman and Babar Azam are bloody promising, and capable of inflicting a similar damage as that of their Indian counterparts. With some fine-tuning, Arthur feels Pakistan’s current crop of players can transform themselves into quality international cricketers.

“That unpredictability tag always sort of hangs around the Pakistan team, and that makes us very exciting. It makes us very exciting as well. I don’t particularly like, you know, when the commentators talk about, oh, it depends which Pakistan team is racked up today, because, as coach, we prepare those guys exceptionally well every time to make sure that, when they go on the field, they’re ready to deliver and ready to fire.

“But we are exciting, and I know there’s a massive amount of excitement in that dressing room tomorrow as to the opportunity that tomorrow presents.” ALSO READ: Erratic Pakistan renew rivalry with India in marquee World Cup clash

The last time India and Pakistan did battle in England, it was the Champions Trophy in 2017. Mohammad Amir had ripped through the Indian top-order and played a crucial role in Pakistan’s win over ‘favourites’ India. What works well for Pakistan is that Amir, after a barren run, re-hit purple patch with a five-wicket-haul against India but Arthur is not one to go by past laurels.

“Without wanting to harp too much, that was two years ago, but when you get into the Indian top order, you can create a little bit of havoc,” he said. “There’s some fun players all the way down, don’t get me wrong, but if you can rattle their top order with the new ball, you certainly have an advantage. That’s something that we’ll certainly, certainly be trying to work on.” 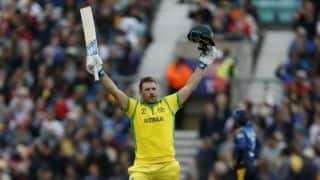 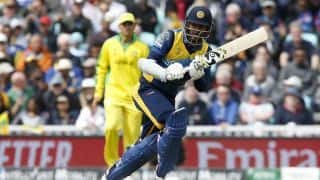