On a day when everyone found batting to be tough on a slow track, Colin de Grandhomme was the only player to show fluent strokeplay and he credited his mantra of “keeping it simple” for the knock.

De Grandhomme (60 off 47 balls) played a crucial role in New Zealand‘s four-wicket victory over South Africa in Birmingham on Wednesday.

“I just tried to watch it as hard as I can. I tend to see the ball and hit the ball and it worked. That’s just my game and that’s how I play. It went well. I just try to do my job when I can. Some days it doesn’t work, today it did. Cricket is a simple game,” said De Grandhomme.

Chasing 242 in 49 overs in the rain-truncated match, New Zealand recovered from a mini slump at 137 for five, riding on a 91-run stand between skipper Kane Williamson (106 not out off 138 balls) and de Grandhomme, to reach home with three balls to spare.

De Grandhomme acknowledged that having a player of Williamson’s calibre alongside him made the task easier.

“Having Kane at the other end makes it a lot easier, knowing he’s a gun. He didn’t give me too much advice, I don’t take too much in.

“We had to take it to the last 10 overs so we had to build for 10 overs. Then we could see where we were. Luckily the run-rate didn’t get above seven so we were always still in the game,” explained De Grandhomme.

South African Rassie van der Dussen, who was instrumental in his team posting a mildly competitive 241/6 with an unbeaten 67 off 64 balls, said it was a brilliant learning curve for him.

“Every game, I go out there and I try and perform, learn and adapt. Every game is an experience, especially here,” he said.

“A lot of the guys have never played on these fields and for me, I’ve never played against a lot of these guys so coming up against them and doing okay, I will definitely draw on that going forward.”

The pitch here was slower than expected and Van Der Dussen felt South Africa’s total could have been enough to seal a narrow win had a little bit of luck gone their way.

“We knew 240 was a good score. It’s tough when you play well and you leave it all out there and it doesn’t go your way. That’s what we did,” said the 30-year-old.

Van Der Dussen is currently South Africa’s second highest run-scorer in the World Cup behind Quinton de Kock and has shown a hunger to contribute in tough situations.

“It’s the national team, it’s the best batters in the country. When you get to this level, you’ve got to know what you’re about and I’ve been lucky that it has come off for me.

“If that shows leadership, then so be it. Every game, every time you represent your country, the Proteas, is a good day and it’s an honour,” said Van Der Dussen.

South Africa have just one win from six matches so far and their semi-final hopes hang by a thread. But Van Der Dussen said the Proteas would not compromise on the intensity in the remaining games.

“It’s a game for your country and why we play this game. We won’t let up on the intensity at all. Our character will be shown in these remaining three games,” he insisted. 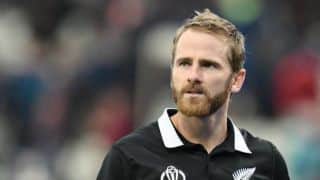 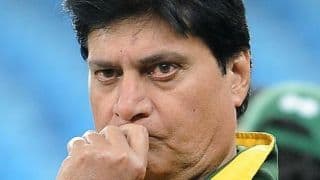