South Africa allrounder Dwaine Pretorius felt like an "outsider" after being stuck on the sidelines.

South Africa allrounder Dwaine Pretorius felt like an “outsider” after being stuck on the sidelines but success against Sri Lanka has fuelled his hopes of becoming the “most consistent bowler” in international cricket and make it to next year’s T20 World Cup.

Playing only his second game in the World Cup, Pretorius (3/25) returned with a three-wicket haul to set up South Africa’s nine-wicket win over Sri Lanka, only their second victory in the tournament.

“There is a T20 World Cup coming, I desperately want to play in that and hopefully this one in four years time in 2023,” he said after his exploits earned him the Man-of-the-Match on Friday.

“I want to keep myself strong and work on my skills to carve out a niche for myself as the most consistent bowler and hopefully contribute with the bat as well.”

Pretorius had featured in South Africa’s opening match against England at the Oval, where he finished wicketless and ran himself out for a duck.

He didn’t find a place in the playing XI ever since even as South Africa’s World Cup went wrong and the 30-year-old said it was tough to wait on the sidelines.

“I found out yesterday before training (I was in the team), normally I do train quite hard and they asked me: ‘please don’t do that, you will not have energy for the game’.

“It is a really weird feeling (not being in the team), there are a few of us sitting close to the field, we chat about it.

“It is a tough situation but the players and the group look after us nicely. We were never made to feel like outsiders, even though in your mind you do feel like an outsider because you are not getting opportunities to play.”

After his failure in the opening game, Pretorius feared he had blown his chance.

“I hoped (I would get back in), but the seven overs for 42 probably didn’t get me out of the team, it was probably me running myself out! With a great fall, not even a dive. That was what killed me.

“But at the end of the day you have to keep working hard and learn from your mistakes.

“I am very happy, very happy that we won and that it was a good victory, not just scratching through.” 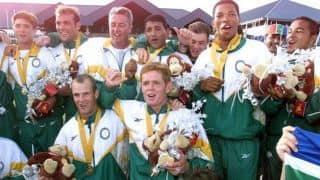 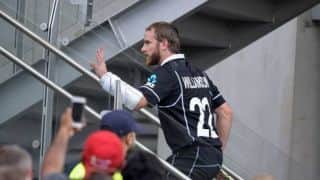