West Indies legend Michael Holding hit back at the International Cricket Council (ICC) after the governing body's attempt to gag him.

West Indies legend Michael Holding hit back at the International Cricket Council (ICC) after the governing body’s attempt to gag him. Holding, who is on commentary duties for the ongoing World Cup in England, was quite vocal in criticising umpiring errors during Australia-West Indies clash last week.

He termed the umpiring as ‘atrocious’ after several decisions went against West Indies following which the production head of ICC’s rights partner Sunset & Vine Asia Huw Bevan shot an email addressed to Holding, according to a report in The Times of India.

In it, Bevan talked about “the importance of maintaining the highest standards and uphold the game s best values and spirit while covering the tournament.”

He further added that ICC TV s duty is to “not to cast doubt or negative judgement on anything associated with the tournament in our coverage.

“Inherently in live television, there are occasions when on-field decisions cause reason for discussion or debate, but as ICC TV host broadcasters, our (Sunset & Vine) duty is not to judge or highlight mistakes.”

Before the event, we went to great pains to explain to you all as senior production and commentary personnel of the need to avoid this kind of thing. It s critical for us that we should never amplify umpires mistakes by giving airtime to those incidents nor show the umpires in bad light. We should also be very careful not to look to create controversy around an event or match at any time, Bevan further added.

“It’s a strong reminder to everybody involved to uphold the strongest of standards in our coverage.”

During the match, Chris Gayle was given out lbw thrice two of them which he successfully reviewed. However, the third time the on-field decision stayed but it should have been a free-hit as Mitchell Starc had overstepped whole bowling the previous delivery. Even Windies captain Jason Holder was wrongly adjudged lbw.

In his reply, Holder was fuming and even offered to quit whole drawing standards of umpiring in FIFA events.

“If those umpires yesterday were FIFA officials, they would have been told to pack their bags and head home. They would not have been given another World Cup game to officiate. As a former cricketer, I think cricket should be held to a higher standard. Is the objective to protect the umpires even when they do a bad job?

“I am sorry, but I am not going to be part of that. Please let me know if I should be heading back to my home in Newmarket instead of heading to Cardiff because I don t agree with what is being suggested here and happy not being part of it.”

“I was certainly very critical of umpiring which was pathetic to say the least.”

Holding admitted he received a mail but says the matter has been resolved. “It s true that there was a mass email sent out after the West Indies/Australia game and I did see fit to respond. But as far as I am concerned, the matter has been resolved and I have, and hopefully everyone, has put it behind them. I don t really want to distract from the World Cup that is already suffering from some uncooperative weather.” 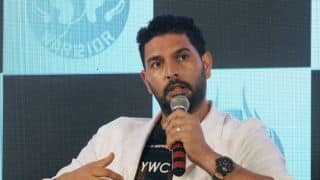 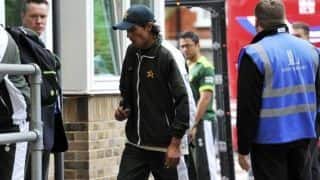