Rishabh Pant has landed in England and has already started training with the India squad in Manchester.

Called in as a cover for injured Shikhar Dhawan, wicketkeeper-batsman Rishabh Pant has landed in England and has already started training with the India squad in Manchester.

Pant was called in by the Indian team management after Dhawan copped a blow to his thumb while batting against Australia in the ongoing ICC Cricket World Cup 2019 ruling him out of at least three weeks. The left-handed batsman batted through pain and scored a match-winning century.

Dhawan’s place in India s XI for the remaining matches looks set to go to KL Rahul. In the middle order, India have two options for No 4 in Vijay Shankar and KL Rahul.

While Pant has not been named as a replacement, he will remain with the squad with India opting to keep a close eye on Dhawan’s recovery who was termed as a ‘precious player’ by batting coach Sanjay Bangar.

India next face Pakistan in Manchester on Sunday and will hope to extend their 6-0 win-loss record. The Virat Kohli-led side is one of the only two teams (other being New Zealand) who are still unbeaten. India won their first two matches against South Africa and defending champions Australia before the third against New Zealand was washed out due to persistent rain. 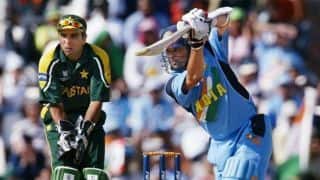