It is the possibility of winning the World Cup as skipper that most inspires Kohli, the India captain.

Virat Kohli‘s reputation as one of cricket’s great entertainers is well-established, but the India star will not be completely satisfied until he leaves an indelible mark by winning the World Cup as captain.

Kohli has been instrumental in building on Indian cricket’s rich legacy after taking over the captaincy from MS Dhoni. After helping India reclaim the number-one Test ranking, the 30-year-old led his team to a first-ever Test series triumph in Australia in January. But it is the possibility of winning the World Cup as skipper that most inspires the flamboyant batsman, who has amassed 10,843 runs in 227 one-day international matches, including 41 centuries and 49 fifties.

Kohli still fondly remembers being part of the 2011 World Cup-winning team under Dhoni, who lifted the title on Indian soil, and would love to emulate his predecessor by leading his country to their third world title.

“I would put the win in Australia at a par with the World Cup. Look, you cannot place a World Cup win below anything else,” Kohli told the Times of India newspaper before departing for the tournament in England and Wales. “It is a global tournament and the significance and the charm of the tournament is something else. It is always going to be the most important tournament in world cricket.”

Kohli defied critics who had questioned his poor showing on the team’s 2014 tour of England by hitting 593 runs, including two hundreds, in the five-Test series last year. But India still crumbled to a 4-1 defeat, showing he cannot will the side to victory on his own. Kohli’s captaincy has often been criticised, with former India opener Gautam Gambhir saying the batsman has “loads to learn” as a leader.

Kohli scored 464 runs in the recently concluded Indian Premier League Twenty20 tournament but his side Royal Challengers Bangalore ended last in the eight-team table. When captaining India, Kohli has never shied away from relying on the experience of Dhoni, who is often seen calling the shots from behind the stumps.

“It seems like he is happy to see Dhoni handle some aspects of his captaincy, especially in the last 10 overs when he can focus on his fielding and take important positions in the field,” former India batsman Sanjay Manjrekar told AFP. “But he is not completely dependent on Dhoni, that would be wrong to suggest.”

Kohli, who became the fastest batsman to reach 10,000 ODI runs last year, is already tipped to overtake one of the many records held by Indian batting icon Sachin Tendulkar. He has hit 66 centuries across all international formats since his ODI debut in 2008, with Tendulkar holding the record for 100 hundreds in his 24-year-old career.

Kohli’s aggressive on-field demeanour though has ruffled a few feathers. His verbal duel with Australia skipper Tim Paine during the Perth Test in December was criticised by Manjrekar, who said the star should behave “responsibly”. Regardless of his outspoken nature, Kohli’s consistency, attacking style and supreme fitness levels make him the standout player in this edition of the 50-over World Cup. 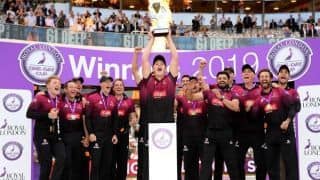 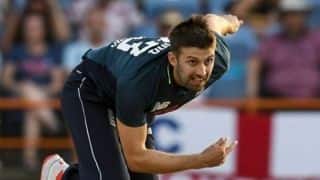