West Indies legend Brian Lara had an illustrious career, but he's still hurt by the fact that during his playing days, a World Cup trophy remained elusive.

West Indies legend Brian Lara had an illustrious career, but he’s still hurt by the fact that during his playing days, a World Cup trophy remained elusive.

Lara played in five World Cups starting from 1992 with West Indies not making the semi-finals in any of the editions. He played 34 matches, scored 1225 runs with two centuries at 42.24 at the showpiece event.

Lara reckons that during his international career, West Indies didn’t have the best of teams. “It hurts when a World Cup approaches,” Lara told The Times of India when asked if he’s affected by not winning a world cup title. “Now that I have crossed 50, I cannot win now. But we have to accept that in our time, West Indies was not the strongest team. We tried, we gave our best shot. We won the Champions Trophy even, but could not win the World Cup.”

West Indies though won the first two World Cup titles in 1975 and 1979 under Clive Lloyd before India denied them a hat-trick in 1983.

Lara says the Windies of those times boasted of world’s best bowling attack backed by a strong batting line-up. “West Indies were at their peak at that time. They made it to the final in 1983 too. That itself tells how strong our team was in that era. They had the best bowling attack in the world which won match after match, backed up by a solid batting department,” the 50-year-old said.

So does he think they win a third title in England? “I hope so,” he replied. “Why not? West Indies now have exciting cricketers. They did well in the T20 format. Now they have to stretch it for 50 overs. Our cricketers are in top form. They have to keep their cool and should try to concentrate for consistency. They should target to reach the semifinals first. Then they take fresh guard.”

Alongside India, England and Australia are being hyped as the top title contenders and Lara feels Virat Kohli’s men becoming the champions won’t come as a surprise. “Nobody will be surprised if India becomes the champions. They have been doing well in different conditions. India have a very balanced team. It will not be an upset if they win the Cup. No doubt India are very strong,” he said. 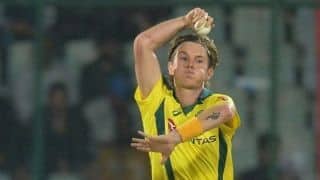 I can definitely see us playing a huge role together: Adam Zampa on his partnership with Nathan Lyon 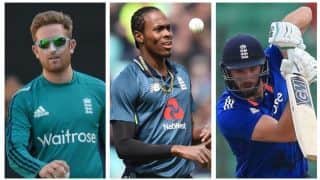