Former England skipper Michael Vaughan hailed Team India‘s performance following their emphatic win against West Indies in their World Cup game in Manchester, and said that the team, which will manage to beat the Men in Blue, will win the coveted trophy on July 14.

The two-time world champions have been in great form so far in the ongoing World Cup and are the only unbeaten team in the tournament till now.

With five wins from six games (one having resulted in no result), India are currently placed at the second spot in the points table and have almost confirmed their place in the semifinals.

Meanwhile, Indian opener Shikhar Dhawan, who has been ruled out of the World Cup because of an injury, congratulated Virat Kohli’s men and advised them to keep improving their game in the upcoming matches. 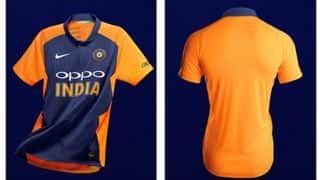