The ICC has dismissed Pakistan Cricket Board's objection on Saeed Ajmal's omission from the shortlist for Test Cricketer of the Year award, saying it was an independent jury who cast out the off-spinner from the list. 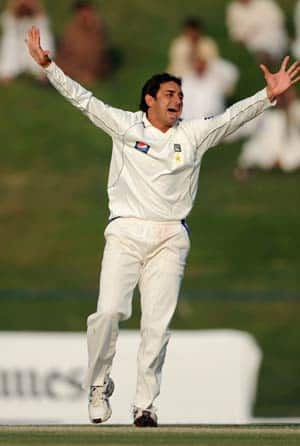 Saeed Ajmal, despite finishing with 72 wickets in Tests he was not included for the coveted Test Cricketer of the Year award AFP

The ICC has dismissed Pakistan Cricket Board’s objection on Saeed Ajmal’s omission from the shortlist for Test Cricketer of the Year award, saying it was an independent jury who cast out the off-spinner from the list.

The PCB raised questions on governing body’s selection procedure and urged it to revise the policy.

But the ICC refused to reconsider Ajmal’s case.

“The ICC has no authority to change the results of the academy. The voting results are final and binding on everyone,” an ICC spokesman said.

The 34-year-old Ajmal, despite finishing as the top Test wicket-taker with 72 wickets in Tests between August 4, 2011 and August 6, 2012, was not included among the four nominees for the coveted Test Cricketer of the Year award and the PCB lodged a protest with the ICC.

The Pakistani off-spinner has been in good form but his bowling action has come under scrutiny with former England captain Bob Willis and some other former cricketers questioning its legality.

Explaining the reason for Ajmal’s exclusion from the final list of nominees, the ICC spokesperson said, “It is important to understand the process which is very simple and transparent, and monitored by independent auditor Ernst & Young.”

“The shortlists are then created after the individual player awards are voted for by an academy of 32 highly credentialed cricket personalities from around the world. The top four players in each category with most votes are included in the shortlists,” the spokesperson added.

In 2010, England off-spinner Graeme Swann was omitted from a longlist for the Cricketer of the Year award prepared by ICC itself but was included later after the England and Wales Cricket Board pleaded his case.

Unlike Swann in 2010, Ajmal was in the longlist this year but he missed out when an independent 32-member jury nominated Sri Lanka batsman Kumar Sangakkara, South Africa fast bowler Vernon Philander, Australia captain Michael Clarke and South Africa opener Hashim Amla for Test Cricketer of the Year.(PTI)