More embarrassing information today tumbled out of the police interrogation of Gurunath Meiyappan, that he was warned by the ICC to keep away from bookies at the start of IPL 6, pushing his father-in-law and BCCI President N Srinivasan further to the corner as the chorus for his ouster grew. 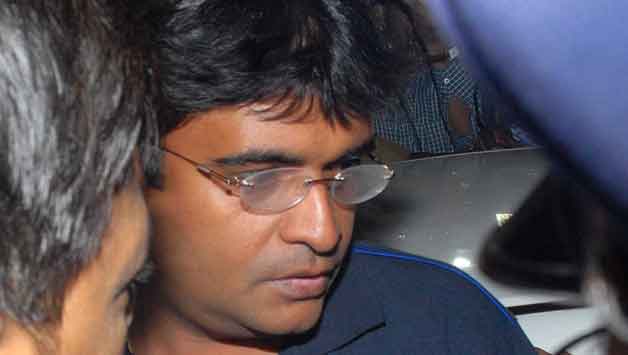 More embarrassing information today tumbled out of the police interrogation of Gurunath Meiyappan, that he was warned by the ICC to keep away from bookies at the start of IPL 6, pushing his father-in-law and BCCI President N Srinivasan further to the corner as the chorus for his ouster grew.

On the other front, pressure mounted on Srinivasan with three top BCCI officials reportedly asking him to convene an emergency meeting to discuss the current crisis. An early meeting of the BCCI is not ruled out, sources said.

Iconic player Sachin Tendulkar today lent his voice of concern over the “shocking and disappointing” developments that have rocked Indian cricket in the last two weeks and asked the authorities to take sincere steps to get to the root of the issue.

Mumbai Police sources claimed that during interrogation, Gurunath, arrested on charges of betting, had told investigators that he was warned by officials of the anti-corruption unit to keep away from suspicious characters.

They said Gurunath did not use the word bookies apparently because it was obvious to him and to the police that he was dealing with a bookie like Vindoo Dara Singh and allegedly placing bets.

“Be careful, I have been warned,” Meiyappan had told actor Vindoo, who is also under arrest in the case.

This is part of Meiyappan’s statement to the crime branch, the source said, adding Vindoo has corroborated it.

The source declined to reveal the name of the Anti-Corruption and Security Unit (ACSU) official and said they were yet to corroborate it with the ICC.

“We are yet to corroborate Meiyappan’s statement with ICC and we at the moment don’t even know if any person by that name [given by Meiyappan] exists,” he said.

The ACSU keeps players, team members and umpires under surveillance in order to check malpractices in the game.

Crime Branch sources said that at no stage BCCI was informed about the “dubious” activities of Meiyappan.

“The ACSU official was in direct communication with Meiyappan. BCCI was not informed about it,” they said.

Sources said when Meiyappan was asked why such warning was issued to him, he (CSK owner) replied “probably because of the company (Vindoo and other bookies) I kept.”

When contacted, Srinivasan said that the BCCI did not receive any warning from ICC on Gurunath or anybody else. He said he had checked with BCCI officials who also told him that there was no such warning to them.

BCCI joint secretary Anurag Thakur also said there was no such communication from ICC to the Board.

The ICC, on its part, refused to go into the issue of purported warning to Gurunath.

“The ICC’s ACSU is providing its full support to the BCCI and India Police in the ongoing investigations,” an ICC spokesman said when contacted about the Mumbai Police claim.

Breaking his silence, Tendulkar said the authorities must take sincere steps to get to the root of the issue and ensure that credibility of the game is restored.

The champion batsman, who retired from IPL after his side Mumbai Indians won the title recently, said as a cricketer he has always learnt to play in the true spirit of the game.

“It has always hurt me when the game of cricket is in the news for the wrong reasons. The developments in the last two weeks have been shocking and disappointing. As cricketers we are always taught to go out, fight hard, give our very best and play in the true spirit of the game,” Tendulkar said in a statement.

The milestone man of Indian cricket said it was important that the authorities get to the root of the problem.

“During this difficult phase, I join every cricketer, from the boys in the maidans across the country to those who represent clubs, states and the country, who trust the authorities to take sincere steps to get to the root of the issue.

“The faith reposed by the millions of fans should be justified and we owe it to them to ensure that Indian cricket is all about pride and joy,” the statement added. 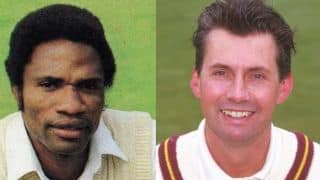 Surrey 14 all out against Essex; Norbert Phillip takes 6 for 4