In the fast-bowling department, no India found the place as Australia's Mitchell Starc, New Zealand's Trent Boult and Sri Lanka's Lasith Malinga was named for the extraordinary performances in the past decade.

The International Cricket Council (ICC) on Sunday announced their ODI Team of the decade as three Indian found their spots in the XI. India’s 2011 World Cup-winning skipper MS Dhoni was named the captain of the star-studded team.

Other two Indians on the list are current India captain Virat Kohli and his limited-overs deputy Rohit Sharma. Kohli was the highest ODI run-getter in international cricket in the last decade with 10561 runs in 211 at a staggering average of 61.76 which also includes 39 centuries.

In the opening department, Australia’s David Warner was chosen as the opening partner of Rohit. The duo has been the consistent performers for their respective teams in the past decade and have won the match at their own. Rohit is the only batsman in world cricket to slam three double centuries in ODI cricket. He also holds the record of the highest individual score in 50-over cricket -264.

While in the middle-order, Kohli is accompanied by his Royal Challengers Bangalore teammate and good friend AB de Villiers, who announced his retirement from international cricket in 2018. De Villiers ruled the cricket pitch with his astonishing batting skills as he also holds the record of faster 50 – 16 balls, 100 – 29 balls and 150 – 66 deliveries in ODI cricket.

Allrounder Shakib Al Hasan is lone Bangladesh’s player in the XI, the southpaw played a monumental role in his team’s rise at the international level. He is a valuable asset for any team with his abilities with both bat and ball.

Skipper Dhoni was also named the wicket-keeper of the ODI Team of the decade as there are very few glovesmen in world cricket who can compete with the former Indian player in the department.

England’s 2019 World Cup hero Ben Stokes also found a place in the prestigious list. The 29-year-old was the most important player in England cricket in the past decade, which he proved in the final of 2019 WC at Lord’s.

In the fast-bowling department, no India found the place as Australia’s Mitchell Starc, New Zealand’s Trent Boult and Sri Lanka’s Lasith Malinga was named for the extraordinary performances in the past decade. In the spin department, South Africa’s Imran Tahir got the better of his compatriots to found his name. 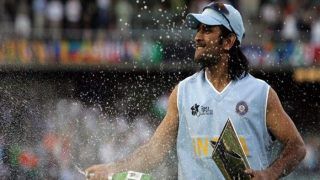 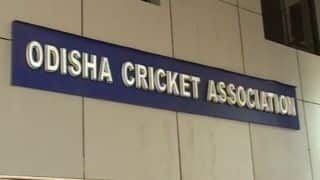