The ICC could well be on verge of organising an eight-team short T20I tournament, involving the associate nations, in late 2017, or early 2018.

The International Cricket Council (ICC) could well be on verge of organising an eight-team short Twenty20 International (T20I) tournament, involving the associate nations, in late 2017, or early 2018. The ICC earlier also was possibly considering to organise an ICC World T20 in 2018, and with the talks of organising this short eight-team T20I tournament could well mean that the prospects of witnessing a World T20 in 2018 are pretty high. This tournament would nevertheless be a seperate tournament, apart from the ICC World T20 qualifiers, if ICC decides to go ahead with the global tournament in 2018.

The top associate nations, who already have the One-Day International (ODI) and T20I status, in the form of Ireland, Afghanistan, Scotland, Hong Kong, UAE and Papua New Guinea, along with Netherlands and Oman too, would be participating in the tournament. As of now, the tournament is scheduled to be held in from January 6-20 in 2018. Sources also added that Bangladesh and Zimbabwe were also the teams who were invited as participants for the tournament, but nothing has been confirmed from the either sides as of now. As for the teams like Afghanistan, Scotland, Netherlands, and Oman, this tournament would also be a first major tournament since their participation in the ICC World T20 2016 in India, reports espncricinfo.com. 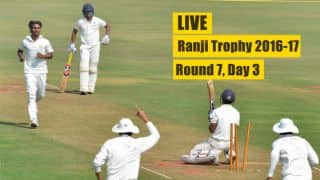