The unanimous vote at the ICC Full Council meeting at the Oval now ensures that both Ireland and Afghanistan will now be eligible to play Test cricket.

London: The International Cricket Council (ICC) said Thursday that improving perfomances by both Ireland and Afghanistan convinced the world cricket body to give full membership to both countries. ICC CEO David Richardson said: “I’d like to congratulate Afghanistan and Ireland on their Full Membership status which is the result of their dedication to improving performance both off and on the field resulting in the significant development and growth of cricket in their respective countries. Both have clearly demonstrated they meet the new criteria and as such have made the progression to full membership.”

The unanimous vote at the ICC Full Council meeting at the Oval now ensures that both Ireland and Afghanistan will now be eligible to play Test cricket. Afghanistan Cricket Board Chief Executive Shafiq Stanikzai said: “For a nation like Afghanistan it is a huge and remarkable achievement, the entire nation will be celebrating across all five regions and different provinces, it is the perfect Eid gift. Everyone has waited for this news and has been so keen to hear this news. Afghanistan Cricket has gone from strength to strength and we dared to dream that this would happen and today it has become a reality.

“I would like to thank the ICC and the Board who have demonstrated today that they are committed to growing the global game and rewarding nations who are performing on and off the field. As an administrator every achievement is huge and it opens the doors to new challenges and we need to work hard to maintain and sustain our development at the top of the cricket world.”

Cricket Ireland Chief Executive Warren Deutrom said: “We are delighted and proud with today’s historic announcement. It is an extraordinary testament to the talent and endeavour of thousands of passionate players, coaches, volunteers, staff, clubs and committee people. We would like to thank most sincerely the ICC and its members for bestowing this honour on us today. It is a reflection not just of our past achievements but of our potential to grow our great game. We shall spend the next 24 hours marking the moment and celebrating this great day for Irish cricket and next week the hard work of planning to transition to full membership and Test status begins in earnest.”

The decision followed the unanimous adoption of an extensively revised constitution for the ICC which in addition to transforming the membership process through the adoption of new membership criteria, introduced a female Independent Director and a Deputy Chairman and equalised Board voting.

Other changes to the constitution include the appointment of a Deputy Chairman, who shall assume the duties of Chairman, Shashank Manohar, when he is unable to fulfil his duties. In addition, a female Independent Director with full voting rights will be recruited to the ICC Board.

The ICC Board also unanimously agreed a new financial model, thereby reversing the 2014 resolutions and giving greater equality in the distribution of ICC income. As such the revenue distribution for the cycle 2016-2023 will be as follows:

Based on current forecasted revenues and costs, BCCI will receive USD 405 million across the eight year cycle, ECB USD 139 million, Zimbabwe Cricket USD 94 million and the seven existing Full Members USD 128 million each. The Associate Members (together with Ireland and Afghanistan) will collectively receive funding of USD 240 million.

The ICC Full Council also voted unanimously to expel USACA following a Board recommendation in April and a recent Dispute Resolution Committee hearing before the Honourable Michael Beloff QC, which concluded last week. Further details will be issued in the coming days outlining the process which will now be followed to establish a new governing body for cricket in the USA that is capable of unifying the fractured cricket community in that part of the world.

ICC Chairman Shashank Manohar said: “I would like to thank all ICC members for their commitment to changing the constitution for the good of the global game. This is the first step towards the ICC improving its governance and I believe that these changes will benefit all members and enable us to continue to grow the global game.

“Throughout this process we have shown the strength of a collective and unified approach and I would like to pay tribute to my Board colleagues who have been so determined to reach consensus. They have not focused solely on their own country but have ensured cricket around the world benefits.” 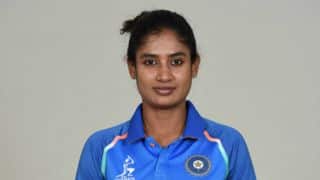