The ICC Women's World Twenty20 (T20) 2016 will begin from March 10 with warm-up matches starting from Thursday with India beginning the warm-up match against Ireland.

The ICC Women’s World Twenty20 (T20) 2016 will begin from March 10 with warm-up matches starting from Thursday with India beginning the warm-up match against Ireland. There will be two more warm-up matches played on Thursday. The eight teams will play two warm-up matches in total ahead of the main tournament. The main tournament begins from March 15 with India playing against West Indies. The play-offs will be played at Mumbai and Delhi while the final will be played at Kolkata. There will be 23 women’s matches played through the 27 days at different venues like Chennai, Bengaluru, Mumbai, Delhi, Kolkata, Dharamsala, Mohali and Nagpur. The women’s semi-final and final will be followed by men’s knock-out matches. READ: ICC T20 Women World Cup 2016 Schedule & Venue: Find ICC Women World Twenty20 2016 Time Table with Venue & Ground Details

The eight women’s team are joined by the top two sides from ICC Women’s T20 qualifier held in Thailand. The tournament had Ireland and Bangladesh as runner-up for their second appearance in ICC World T20. Group A consists of defending champion Australia alongside are South Africa, New Zealand, Sri Lanka and Ireland. While Group B consists of 2009 champion England alongside India, Pakistan, New Zealand and Bangladesh. READ: ICC T20 Cricket World Cup 2016 Tickets: Online Booking is available of T20 World Cup

Australia will be fighting for their fourth title in ICC World T20. ICC Women’s World T20 2016 is the fifth edition while for ICC World T20 for men is the sixth edition. India are already leading in the T20 series after winning against Australia in Australia and Sri Lanka at home. They are sure of their win in this tournament. Both the teams are separated in two groups with two teams already qualified from Thailand qualifying matches. 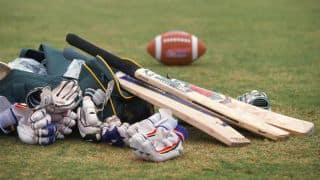