Former Indian captain Anil Kumble reckons that India's spin repertory was full of "quality bowlers" and rated comeback man Harbhajan Singh as one of the 'best spinners in the country'. 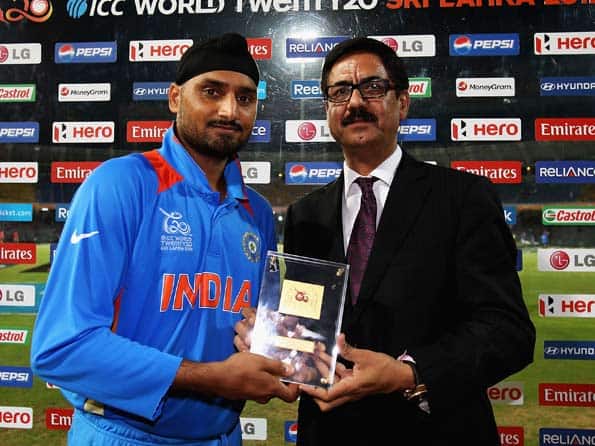 Former Indian captain Anil Kumble reckons that India’s spin repertory was full of “quality bowlers” and rated comeback man Harbhajan Singh as one of the “best spinners in the country”.

India found new spin heroes in Ravichandran Ashwin and Pragyan Ojha in the absence of Harbhajan, who was not considered for national duty for a long time before making a comeback in the ongoing World Twenty20.

Kumble, who is world’s third highest wicket-taker with 619 scalps, said Harbhajan was exceptional and Ashwin’s main attribute was a calm head which is crucial to perform under pressure.

The former captain also said that leg-spinners such as Amit Mishra, Rahul Sharma and Piyush Chawla should be given a good number of opportunities.

Talking about leading spinners of the country, Kumble said in Ashwin, Harbhajan and Ojha India have a very potent spin attack.

“You’ll never know the real calibre of a spinner if you don’t give him enough opportunities. Right now the spin cupboard is pretty healthy because there are two spinners (Ashwin and Ojha) who are performing on the field,” Kumble said.

“There’s Harbhajan who has the experience of picking 400 Test wickets and who’s a highly fierce competitor and exceptionally skilled. When he comes back to being his best, you’ll have three quality spinners in the side plus the three leg-spinners waiting in the wings,” Kumble told BCCI’s official website.

Talking about Harbhajan, Kumble said he still has a lot to offer to the national team.

“He’s been exceptional. He lost a little bit of confidence and the only way to regain it is to be part of the team and play more and more matches. He’s done that before and I see no reason why he cannot perform again. I certainly feel that Bhajji is still one of the best spinners that we have in India and it’s just a matter of time before he comes back to bowling at his best,” he said.

Kumble explained why it should not be said that Harbhajan was underperforming in recent Tests.

His role changes, especially in the first innings. Yes, he’s had mixed performances in the one-day game. He hasn?t lived up to the high standards he’s set for himself and hence people think that he’s underperforming,” he said.

Ashwin according to Kumble is a “very intelligent bowler and very calm under pressure.”

“He’s not scared to try out different deliveries in a match. He knows how to set up a batsman, which I think is the key for any bowler. He has the wicket-taking ability. Nobody thought Ashwin will be successful in Tests. Everyone looked at him as a limited-overs specialist. They also looked at me as a one-day bowler. But I proved them wrong and Ashwin is on track to doing so, with his recent Man of the Series performance against the Kiwis.”

Kumble finds Ojha “steady” and also likes him bowling in tandem with Ashwin but had a suggestion for him.

“He needs to work a bit on his arm-ball. He has it in him but he hasn’t picked too many wickets with the arm-ball. So, that’s something he can work on. He’s a young spinner and the more opportunities he gets, the more he’ll learn. Ojha is also a very able partner to Ashwin. They hunt as a pair – one guy keeps one end tied up and the other picks up the wickets. They complement each other really well.”

Talking about the leg-spinners around, he said, “Rahul Sharma, Piyush Chawla and Amit Mishra are frontrunners” and suited more to Test format.

“I believe they should get more opportunities because leg-spinners need more time to settle down. They will be slightly more expensive than the other spinners because it’s not easy to bowl leg-spin consistently in one area.

“The good thing is that all three are very different, which gives the team a lot of variety. Mishra is a classical leg-spinner. Piyush relies more on his quickish googlies and top-spinners. Rahul is a bit more steady; a bit more like me.

He bowls quicker through the air, bowls line and length and takes his wickets more on bounce and pace. All three are suited for the longest format,” he added.(PTI)