Dwayne Bravo added he is happy to be in the same team with Chris Gayle.

Dwayne Bravo, West Indies batting all-rounder has said in a conversation during the programme ‘Salaam Cricket’, which is being aired on Aaj Tak that ICC T20 World Cup 2016 might be his teammate Chris Gayle‘s final appearance in the mega-event. Bravo also said Gayle has a robust physique since he trains hard in the gymnasium. He added that it has been an absolute pleasure to have him in the team. However, he asserted that Gayle may not feature in any World Cups after ICC World T20 2016. Gayle is 36-years-old and the next T20 World Cup after the 2016 season will be two years later in 2018. Hence, Gayle may hang his boots before the 2018 tournament. LIVE UPDATE: Aaj Tak’s ‘Salaam Cricket’ event

Bravo said, “Gayle is a powerful guy, he is always in the gym. Happy to be in the same team with him. ICC World T20 2016 could be the last World Cup for him.” Bravo also spoke  about his Chennai Super Kings (CSK) teammate MS Dhoni, “I have practiced a lot vs Dhoni while training for CSK. Dhoni has taught me to trust players as captain, and not to panic.” Bravo talked about his career, “I am not scared of any batsman. If he has the talent, I have talent too! I never had any differences with any Indian cricketer. For me personally my career started off well, but went out of favour with selectors. Lost my place. I played last Test in 2010. Wanted to achieve more.”

Bravo said Suresh Raina is a good dancer whereas Dhoni likes video games a lot. Bravo spoke highly of Carlos Braithwaite saying he is one player in West Indies squad who can make a difference in World T20 2016. 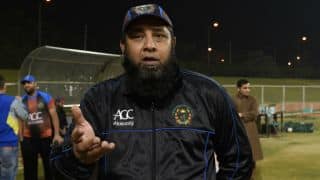 Viv Richards: 15 points that summarise the life of undisputed king of batting