West Indies captain Darren Sammy has conceded that his team must improve on bowling in the decisive ICC World Twenty20 Group B tournament match against Ireland on Monday. 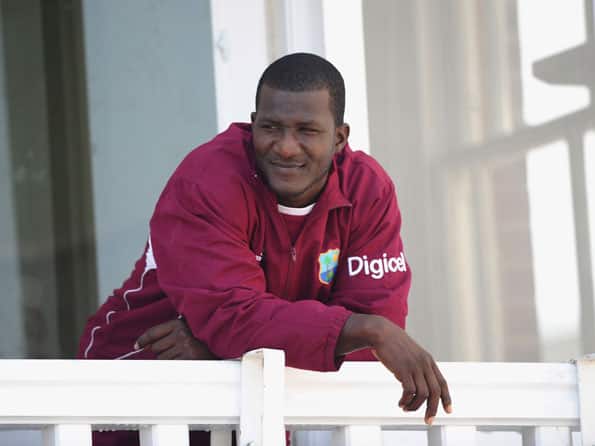 West Indies captain Darren Sammy has conceded that his team must improve on bowling in the decisive ICC World Twenty20 Group B tournament match against Ireland on Monday.

The West Indies lost by nine wickets on the Duckworth-Lewis method to Group winners Australia Saturday. The Australians, in pursuit of 192 to win, blasted 100 for one off only 9.1 overs when rain intervened, CMC reports.

Sammy said it was unfortunate that rains proved a crucial factor in the outcome.

“I think rain played its part, otherwise it would have been a cracker of a game. The build-up was very exciting and I think both teams did deliver, but it was unfortunate that rain came when it did. We thought we were still in it. They still needed nine an over and they had to keep going.”

Sammy added: “It’s unfortunate that weather played a part but that’s something we have to get over. We are now looking forward to the next game against Ireland.

“We back ourselves to set targets and I think we did that. It’s good we achieved our first target with the bat, put lots of runs on the board.

“We came here to win the World Cup and that is still the plan. We need to win against Ireland and make sure we qualify for the Super Eights and take it from there.”

Meantime, a number of Ireland players fell ill ahead of the game.

The Irish, who lost by seven wickets to Australia, are hopeful that all those affected by the stomach bug will be available for Monday’s game.

“It’s happened to me before and you have to find an inner resolve – (coach) Phil (Simmons) will be stressing that,” said batsman Niall O’Brien.”

“There will be a lot of adrenalin and I hope it will overcome any illness.”

Ireland’s poor start against the Australians proved costly and skipper William Porterfield is determined to avoid a repeat in Colombo.

“The first six overs with bat and ball are going to be crucial,” said the opener.

“If we can restrict their runs and then make a good start with the bat then we have a good chance.

“They have destructive batters like Chris Gayle but they can also make mistakes and we have to put the ball in the right place.(IANS)