Williamson has soared to a career-high 913 which is the best for a New Zealand cricketer ever.

New Zealand skipper Kane Williamson has become the first from his country – and 32nd overall – to surpass 900 ratings points in the ICC Test batsmen rankings, putting him past suspended former Australia captain Steve Smith and just seven points behind No 1 Virat Kohli.

Cheteshwar Pujara has returned to the top five after a match-winning performance for India at Adelaide Oval.

Williamson’s scores of 89 and 139 proved series-clinching for New Zealand in Abu Dhabi last week, his 19th Test century helping the touring team its first away series victory over Pakistan since 1969. This earned Williamson 37 points in the latest player rankings to give him a career-high 913 – which is also the best for a New Zealand cricketer.

The only other New Zealander before him to cross 900 is the ICC Hall of Famer Richard Hadlee, who in 1985 reached 909 points after an exemplary 11-wicket haul at the WACA.

Williamson’s team-mate Henry Nicholls, who scored 126 not out and added 212 with the skipper in the second innings in Abu Dhabi, entered the top ten for the first time. This fetched him a jump of eight places from 17th to ninth.

Kohli scored 3 and 34 in India’s 31-run win over Australia in Adelaide, which saw him conceded 15 points to slip to 920 points. Should Kohli fail in the second Test in Perth starting Friday, he could lose the top spot.

Pujara’s exceptional efforts of 123 and 71 at Adelaide Oval put him ahead of Joe Root and David Warner in fourth position. 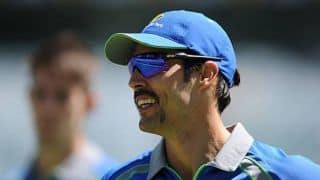 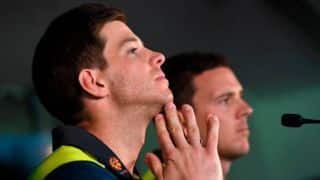