Dubai: The controversial constitutional amendments, which gave executive clout and financial power to just three boards, and cricket’s possible inclusion in the Olympics will top the agenda when Shashank Manohar chairs his first ICC Board meeting on February 4. In the lead up to this meeting, various other committee meetings, including the Chief Executives’ Committee (CEC) meeting, will take place, the ICC said in a press release. The schedule includes the CEC on Monday, followed by the HR and Remuneration Committee and Governance Committee on Tuesday.

On Wednesday, the Finance and Commercial Affairs Committee and Executive Committee will meet before the board meetings on Thursday. Key issues on the agenda of the meetings include review of the constitutional amendments, and structure and scheduling of bilateral cricket. The constitutional amendments, which were carried out in 2014, gave executive powers to the ‘Big Three’ — India, Australia and England. Manohar has already stated that he does not agree with the consolidation of power in the hands of just three member nations.

Besides, cricket’s potential participation in the Olympics and Commonwealth Games will also be discussed. An update on the World T20 in India in March-April, including playing conditions and prize money, will be also on the table along with the composition of the ICC Cricket Committee. Also up for deliberation would be updates on the world body’s initiatives in the USA alongside “matters relating to anti-corruption and anti-doping”. 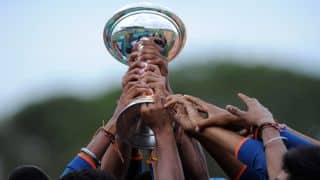 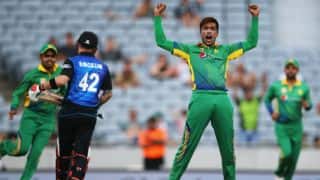