The usage of controversial Decision Review System in all Test and ODI matches and the proposal to end the rotational policy in the appointment of ICC Presidents post 2015 will top the agenda in the annual conference of the world body beginning on Sunday in Hong Kong. The usage of controversial Decision Review System in all Test and ODI matches and the proposal to end the rotational policy in the appointment of ICC Presidents post 2015 will top the agenda in the annual conference of the world body beginning on Sunday in Hong Kong.

The five-day annual conference, which is expected to be a stormy affair, will begin with the meeting of ICC Chief Executives’ Committee (June 26 & 27) followed by ICC Executive Board (June 28 & 29) and Full Council (June 30).

The ICC said the usage of the DRS in Test matches, ODI and Twenty20 series, has got unanimous approval from its Cricket Committee of which former Indian captain Ravi Shastri is a member.

“The suggestions were made following detailed technical analysis and supported by what the committee agreed was a successful application during the ICC Cricket World Cup 2011,” it said.

Another controversial topic in the agenda would the proposal to bring in a constitutional amendment to end the rotational policy in the appointment of ICC president once the term of Sharad Pawar’s successor Alan Issac (New Zealand) is over in 2015.

The move likely to face vehement opposition from Pakistan and Bangladesh. Under the existing policy, the two countries are to present their nominees for the post of ICC president and vice-president.

“The Full Council will also consider a further constitutional change to the process for the nomination and election of the ICC President. Under the new proposal, the Executive Board will decide the process and term of office from time to time, subject to certain qualifying criteria,” the ICC statement said.

“This would remove the current rotational system of nomination and the fixed term of appointment as set out in the ICC Articles of Association,” it said.

The ICC will also revisit its earlier decision to restrict 2015 World Cup in Australia and New Zealand to only 10 Full Members, following protests from Associate Members and former cricketers. It said a Test play-off for the top four teams has been approved to take place in England in 2013.

“At its meeting in Mumbai on 4 April 2011, after having previously agreed a 10-team ICC Cricket World Cup 2015, the ICC Executive Board agreed that the ICC Cricket World Cup 2015 would comprise of 10 ICC Full Members. The Board also confirmed its decision taken in October 2010 that ICC World Twenty20 should be a 16-team event and that promotion and relegation would be introduced from 2019.

“These decisions were part of the package of strategic restructuring of bilateral cricket and ICC events aimed at providing greater context and content for international cricket. As part of this, a Test play-off for the top four teams was also approved to take place in England in 2013.

“Following decisions and responding to representations from various quarters, ICC President Sharad Pawar will ask the ICC Executive Board to revisit its decision to restrict the ICC Cricket World Cup 2015 to the 10 Full Members.”

Other important matters to be taken up first by the CEC before going to ICC Board include a study by Cricket Committee into day/night Test matches and amendments on the current code of conduct regulations to allow suspension of a captain after two offences for slow over-rate breaches (previously three).

The CEC will consider the recommendations of the Cricket Committee to use two balls in each ODI innings — one from each end. The step is aimed at improving the balance between bat and ball and to give 50-over cricket a distinct identity.

“Currently the ball is replaced after 34 overs. It also recommended that teams should only be allowed to take the batting and bowling powerplays between overs 16 and 40,” the ICC said.

“The committee also suggested that trials of the following playing conditions be conducted in domestic cricket before being considered for international cricket — removal of the restriction on the maximum number of overs each bowler could deliver; no compulsory close-catchers; a maximum of four fielders outside the 30-yard fielding circle during non-powerplay overs; the number of bouncers that can be delivered per over to be increased from one to two.”

The CEC will seek to confirm and recommend the Future Tours Programme to ICC Executive Board for its consideration.

The Full Council of the ICC will consider another constitutional amendment aimed at ensuring free elections of Member boards and avoiding undue government interference in the administration of cricket, in line with the regulations of other major sporting bodies.

The ICC Executive Board and CEC will receive a detailed post-event report on the successful staging of the ICC Cricket World Cup 2011 in Bangladesh, India and Sri Lanka. Although the event was universally regarded as a success and one of the best cricket events in history, the report will highlight shortcomings around ticketing and stadia construction.

The report acknowledged the high standard of cricket and praises the excellent pitches and outfields. It also noted that the three host countries now have a legacy of excellent cricket facilities following the ICC Cricket World Cup 2011.

The ICC Board will also consider recommendations from the CEC, the ICC Security Task Force on introducing mandatory safety and security regulations and a final report from the Pakistan Task Team. 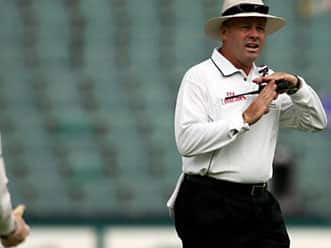