With India vs West Indies and South Africa vs New Zealand Test's getting washout, ICC will be probing these issues soon and try finding the reasons

The International Cricket Council said Wednesday it will launch a review after two Tests in the West Indies and South South Africa were abandoned due to poor ground conditions. The outcome of the West Indies Test against India was branded ‘farcical’ after only 20 overs of play was possible. In Durban, both South Africa and New Zealand were left ruing the fact that four days were lost and play was impossible even though rain had stopped. The ICC released a statement saying that “the outfields at Kingsmead, Durban, and Queen’s Park Oval, Port of Spain, have been rated as “poor” by the match referees.  FULL CRICKET SCORECARD: Pakistan vs England, 1st ODI at The Rose Bowl

Andy Pycroft and Ranjan Madugalle, both from the Emirates Elite Panel of ICC match referees, filed a report stating that they were “concerned” about the quality of the outfields for the first Test between South Africa and New Zealand, and the fourth Test between the West Indies and India, respectively.

“The reports have been forwarded to Cricket South Africa (CSA) and the West Indies Cricket Board (WICB), who now have 14 days to provide their responses,” the ICC said. It said the ICC will launch a review of the respective responses. South Africa-New Zealand and West Indies-India Tests were both interrupted by rain.

But once the rain had stopped, the umpires abandoned the Tests because the grounds were unfit for further play. Former West Indies captain Viv Richards called for an inquiry, describing the situation as “unacceptable”. As hosts of the Test the Trinidad and Tobago Cricket Board announced that they had also launched an investigation.

In Durvan, Cricket South Africa chief executive Haroon Lorgat said the pitch had only recently been relaid and blamed unseasonal rain and earlier flooding. South Africa captain Faf du Plessis said that both teams had been left disappointed. “We were dying to get out there,” said Du 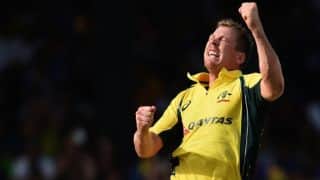 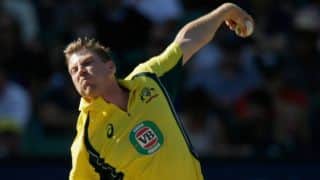