Meet Kartik Tyagi, a right-arm pacer whose devastating spell helped India defend a middling target against Australia in the ongoing U19 world cup. 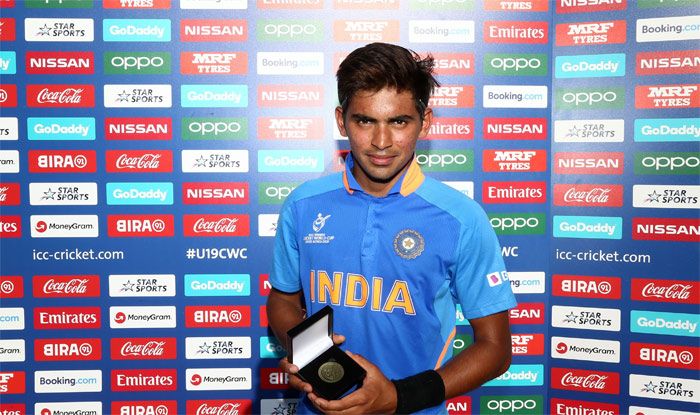 The Indian U19 cricket team met with their first tough challenge in Australia in the ongoing U19 World Cup in South Africa on Tuesday. Put in to bat, they were struggling to put up a decent total before a late flourish, led by Atharva Ankolekar, helped them to a middling 233/9 in the quarter-finals.

Australia would have fancied their chances against the defending champions but five deliveries into their innings, their fate was all but sealed.

Their scorecard read 4/3 in 0.5 overs and the man responsible for the wreck? Kartik Tyagi.

The right-arm pacer took successive wickets of his and Australian chase’s first over following the run out of opener Jake Fraser-McGurk off the very first delivery.

By the time Australia had seen through 20 overs, they had lost half their side with Tyagi accounting for four of them.

Australia were eventually bowled out for 159 as India secured a semi-finals spot.

Tyagi hails from Meerut which has given India Praveen Kumar and Bhuvneshwar Kumar.

Like his illustrious seniors, Tyagi is also known for his ability to produce swing at will. But the 19-year-old didn’t want aspire to be a pacer when he was bitten by the cricket bug.

He wanted to be a batsman and an opener at that. Vipin Vats, the man who coached Praveen and Bhuvneshwar, advised him to bowl rather than bat during a net session.

And that was the turning point. “There were many batsmen awaiting their turn in the nets, and the coach told me, ‘bowling daal’ and that’s how I became a bowler,” Tyagi told The Indian Express.

Explaining why he asked Tyagi to bowl and not bat, Vats told the daily, “Firstly, he was tall, and then he had a good high-arm action. Fifty per cent of the work was complete there itself at that talent-identifying stage. As a coach, it’s my responsibility to set the career path of each player. I felt that Tyagi was most suited to become a bowler.”

Even Praveen himself was impressed by the strides Tyagi took as he began playing age-group cricket for U-14 and U-16 teams for Uttar Pradesh.

Praveen would call then UP captain Suresh Raina and eventually the fast bowler went on to make his Ranji debut.

But his storied rise did meet hit a roadblock. A stress fracture put him on the sidelines for almost a year which saw Tyagi’s father, a farmer, borrow money for treatment which he’s still repaying. Soon things took a turnaround and he was picked for the U19 world cup squad and eventually bought by IPL franchise Rajasthan Royals for a whopping Rs 1.3 crore. 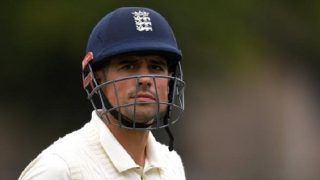