Disappointed with the performance of her team's batters in crucial games, Sri Lanka skipper Shashikala Siriwardene said on Sunday, that they need to work on their batting if they want to finish among the top sides in the ongoing ICC Women's World Cup. 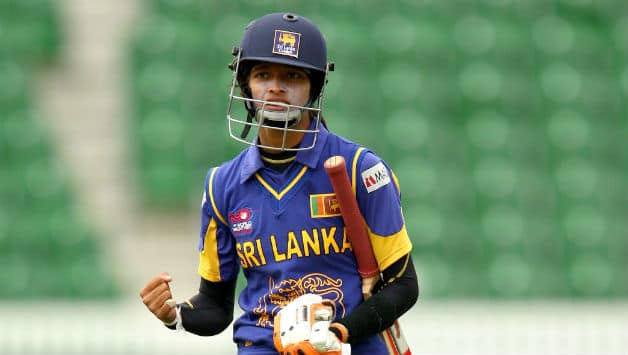 Disappointed with the performance of her team’s batters in crucial games, Sri Lanka skipper Shashikala Siriwardene said on Sunday, that they need to work on their batting if they want to finish among the top sides in the ongoing ICC Women’s World Cup.

Siriwardene said her team wanted to be among the top four sides but were let down by the batters who failed against New Zealand and Australia.

“That is the problem we have been having. The batters are not continuously performing. So I think that is the main reason. Whenever we have won, our batters have done well.

There are some good bowlers and fielders in my team but they need to have a good score to defend,” she said after her team’s loss to Australia by 9 wickets.

“Whenever we have lost it is because, there was something wrong with the batters. That is an area we have to improve,” she added.

The island nation was bundled out for a paltry 131 on Sunday as the top-order struggled against the Aussie pace attack and were reduced to 41 for four within 16 overs.

“When we went for the New Zealand match we wanted to do as we had done against India that is to have a good start but unfortunately batters didn’t do well and they repeated their performance here also. We never expected to lose so badly. As we started (this tournament), we wanted to be in the first 4 teams. Still we have a match on Wednesday and we will try to do well against South Africa,” she said.

Siriwardene said the fact that they were underdogs at the start of the series went in their favour as they went on to beat defending champions England and hosts India.

Australian skipper Jodie Fields said her side has learnt a lot from Sri Lanka.

“We have discussed a lot about how they have been a standout performers of the tournament. We have seen great improvement in their bowling, batting and fielding. We have spoken about their energy on field,” she said.

Australia are through to the finals, thanks to their 100 per cent win in the tournament so far, but Jodie said it was good that her openers could spend some time at the wicket, which will hold them in good stead in the macthes ahead.

“I guess it was good today and we had opening partnership that is something we lacked in earlier stages of the tournament. And then by the way, Rachael Haynes and Jessica Cameron finished off the match in a dominating style was really good,” she said.

“Particularly this ground is damp in the morning with little bit of dew, so it’s really aided the seamers. Megan Schutt and Julie Hunter took advantage of those conditions.

Hunter’s figures were one for six in six overs which is extremely good bowling. It allowed the spinners throughout the middle to tighten it up,” she said.

“Leading into the match against the West Indies, I am sure the toss will be important. But we are pretty confident that no matter whether we bat or bowl first we can win the match if play well,” she said.

Off-spinner Erin Osborne had a dream spell with figures of 10-6-9-3 and the 23-year-old said, “Our seamers did a fantastic job early on which allowed Lisa and myself come into the game and find our rhythm and just in the middle over period pick up a few wickets. But I think our seamers helped us early on.”