India Women’s opener M Thirush Kamini scored a century to help set up a 105-run victory against the West Indies in the first match of the 2013 ICC Women’s World Cup said on Friday, that it was a good feeling to get a World Cup hundred 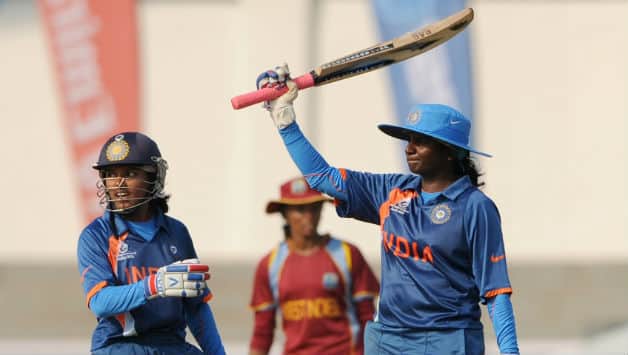 India Women’s opener M Thirush Kamini, who scored a century to help set up a 105-run victory for India against the West Indies in the first match of the 2013 ICC Women’s World Cup said on Friday, that it was a good feeling to get a World Cup hundred. Kamini scored 100 from 146 deliveries, becoming the first Indian woman to score a ton in the 50-over World Cup.

Talking about her historic knock, Kamini said, “It definitely it feels good to get a hundred. I didn’t know I was the first [to get a hundred for India Women in a World Cup]; so I feel proud. When I went out bat, I wasn’t thinking of it is an international game or anything like that. I was just thinking of going ball by ball and just watching the ball and going for it,” as reported by bcci.tv.

Kamini also put on the highest opening partnership with Poonam Raut for India Women in the World Cup. “We just kept saying that we will take it ball by ball and will make sure that we were on top. The wicket was good, so we just made sure that the run-rate was maintained throughout the game. She played really well. I loved to watch her. She played some amazing shots, the scoop shot especially. She kept the run-rate going.”

Kamini refused to take the entire credit for the win and spoke highly of her team’s bowling efforts. “The bowlers did a brilliant job starting with Jhulan di [Goswami]; she bowled amazingly today and was well supported by Ami di [Amita Sharma]. And somewhere in between when Deandra Dottin came out to bat I felt a little nervous, but then N Niranjana and the entire bowling line-up did well. We played good cricket.”

Talking about her comeback, she said, “I had an injury so I was out of action for two years. It feels nice to play the World Cup back at home and good conditions, home conditions, lovely outfield and good wickets to bat on. When you come back from an injury, you predominately work on your strength training and fitness and that is what I did. And just before the season, I started working on my batting.”

After having scored a historic ton, she spoke about her father who taught her to play. ” I started my cricket when I was nine. My father was a hockey player. I used to watch late night [cricket] matches and was interested in it. And my father is my coach; he taught me to play cricket. I was trained to be a batsman. My dad says that when I was kid, I wore shin pads and took a bat first and not the ball.” Australia vs West Indies 1960-61: A heart-stopping finish at Adelaide