London: The ICC today stated that the 2016 Women’s World T20, which was being parallely held with the men’s edition, attracted 24.5 million viewers in India alone with an average audience of 100,000 in the United States region. “The committee received a report from Clare Connor, the Chair of the ICC Women’s Committee, on the impact of the recent ICC Women s World Twenty20 in India, which showed the women’s event received greater exposure than ever before and attracted 24.5 million TV viewers in India alone, as well as generating an average audience of 100,000 in the USA on Willow TV,” stated an ICC release. ALSO READ: ICC Women World T20 2016: West Indies aim for first World T20 title

The chairman of the ICC Cricket Committee Anil Kumble said: “We have had positive and constructive discussions across a wide range of different issues and I would like to thank all the members for their valuable contributions and input. “The main thing that came out of the meeting was regarding Test cricket. The new structure was discussed and everybody was positive and forthcoming in supporting that. The committee acknowledged the importance of efforts being made to promote and grow Test cricket, be it through the introduction of meaningful competition structures, better pitches and marketing. “Our recommendations will now be taken forward to the next ICC Chief Executives’ Committee and the ICC Board meeting in Edinburgh in July.” ALSO READ: Australia women in ICC World T20 2016: Southern Stars aim for 4th title

The high-powered ICC Cricket Committee, chaired by former India captain Kumble also expressed concerns about the “quality of Test pitches”, especially the tendency of home teams to prepare tailor-made strips that suit them. 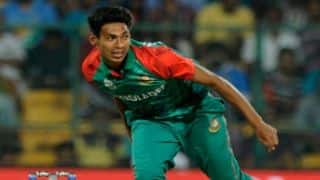