Australia's women warmed up for their Twenty20 World Cup defence Tuesday with a battling win over South Africa, but England suffered a setback in a shock 10-wicket hammering by Sri Lanka.

Australia’s women warmed up for their Twenty20 World Cup defence Tuesday with a battling win over South Africa, but England suffered a setback in a shock 10-wicket hammering by Sri Lanka.

Playing their last game before the tournament starts on Friday, Australian skipper Meg Lanning and deputy Rachael Haynes steered them to a four-wicket victory with three balls to spare in Adelaide. Lanning (47 from 36 balls) and Haynes (39 from 35) put on a 90-run stand after they slumped to 35 for four in reply to South Africa’s 147 for six.

“We’re as ready as we can be. Now it’s just about going out there and putting it on the park,” Lanning said after a build-up that saw the four-time World Cup winners beat India and England in a tri-series, but also lose to both sides.

England’s final preparations couldn’t have gone any worse. Heather Knight won the toss in Adelaide and batted first but her team never got going, struggling to 122 for 9, with Sri Lanka’s spinners inflicting the damage. In reply, Sri Lankan skipper Chamari Atapattu smashed 78 from 50 balls with fellow opener Hasini Perera unbeaten on 29 as they reached their target without loss inside 13 overs.

“It was a disappointing performance, but I’d rather we got it out of the way ahead of the World Cup,” said Knight. “We’re still in a good place.”

In Brisbane, India warmed up for a tilt at a first ever World Cup crown by beating 2016 champions the West Indies by two runs. They set the West Indies a very chaseable 108 to win after being restricted to 107 for eight.

But Stafanie Taylor’s side couldn’t reach the target, managing just 105 for seven in their 20 overs. The 10-team World Cup starts in Sydney on Friday when Australia face India. 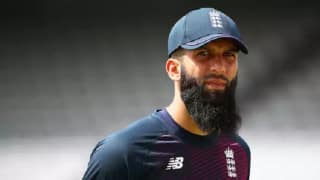