India, whose best result in World Cup has been a final appearance in 2005, suffered an eight wicket loss against Australia in the round robin stage.

New Delhi: Australia are not invincible but India will have to play out of their skins to beat the six- time champions in the second semifinal of the ICC Women’s World Cup in Derby tomorrow, says former captain Diana Edulji. “Australia are the most successful team in women’s cricket but you can’t call them invincible. India can beat them provided they have their plans in place, just like the last game against New Zealand,” Edulji, who is also a COA member, told PTI. WWC17: Anjum Chopra backs India to beat AUS in semi-final

India humbled New Zealand by 186 runs in a do-or-die match to make the semifinals. India, whose best result in World Cup has been a final appearance in 2005, suffered an eight wicket loss against Australia in the round robin stage. “India must bat and put the scoreboard pressure on the opposition, provided they win the toss. Australian openers are in form so is their inspirational captain and number three Meg Lanning. If they bat first, Australia might just run away with the game,” feared Edulji.

On the contrary, Indian opener Smriti Mandhana has suffered five failures on the trot after firing in the first two games. “That has really hurt India. Because in the first two games, she could give brisk starts to the team and Mithali (Raj) was solid in the middle overs. Smriti needs to be back among runs tomorrow as she is key to India scoring over 250,” said Edulji.

Mithali, however, has led from the front with 356 runs from seven games at an average of 50.85. “India also need to bat the way they did against New Zealand. They used their feet against the spinners and got the results. By now all teams know that Indian batswomen don’t use their feet much. So I hope they go in with a similar frame of mind and continue using their feet,” said Edulji.

“From the bowling point of view, getting Rajeshwari Gayakwad in place of Ekta Bisht proved to be a masterstroke She can turn the ball while Ekta generally bowls flat,” she said referring to Gayakwad’s match-winning five-wicket haul against New Zealand.

“Another good thing to do would be to play a bit defensive by having the long on and long off in place against Australia’s big hitters,” added Edulji. 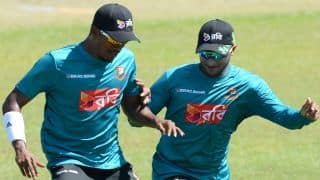 Shakib Al Hasan, Rubel Hossain likely to be fit ahead of Australia series 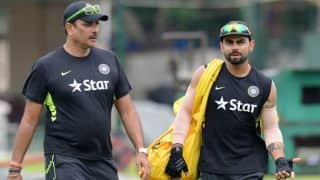 Ravi Shastri: People like me and Anil Kumble will come and go