Although the nerves got the better of the Indian Eves and lost in the final by 9 runs, they were showered with all the love from India.

Despite a tough defeat against England Women in the final of ICC Women s World Cup 2017, Lord s witnessed a heart warming gesture from India s two experienced players. Mithali Raj and Jhulan Goswami donated their match-worn jerseys to the Lord s museum before departing from England. The Lord s museum consists of some cherished cricket memorabilia, one of them now would be Mithali and Jhulan s signed match-worn jerseys. Cricket World Cup s official Twitter account posted the photo of the signed jerseys and termed it amazing. As for the tournament, India s campaign to the final was nothing less than fairy tale.

Although the nerves got the better of the Indian Eves and lost in the final by 9 runs, they were showered with all the love from India. India began the World Cup journey with a thumping victory over hosts and champions England by 35 runs. They continued their winning spree against Pakistan, West Indies and Sri Lanka. However, they did falter against South Africa and Australia. But trounced New Zealand in a do-or-die clash to seal their berth in the semi-final. It was over to Harmanpreet Kaur who took India to their second final in the history of World Cup. Her knock of 171* not only was praised and appreciated by the cricket as well as Bollywood fraternity but paved way for felicitations and promotions from government officials.

The last time India reached the final, not many were aware about players as well as India s journey. This time, thanks to the media and heavy broadcast, Indian Eves received all the support across platforms.

Although this was the final World Cup of stalwarts Mithali and Jhulan, the players praised the team s performance and emphasised on bringing female equivalent IPL to boost the morale of budding and young cricketers. 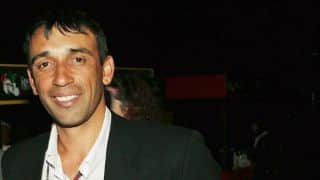