The eight top teams of the world will be vying for a winner s prize of $ 660,000 in the ICC Women s World Cup 2017, which will be held in the United Kingdom from 24 June to 23 July. In line with the ICC s strategy of enhancing the stature of women s cricket, the ICC had earlier in May announced that the total prize money for the tournament would be $2 million, 10 times of the amount at stake in the 2013 edition. The prize money filters down the ladder with the runner-up winning $ 330,000 and the losing semifinalists getting $ 165,000 each. Teams exiting at the group stage will get $ 30,000 each while each win in the group stage will earn a side $20,000.

Meanwhile, the teams will get to tune up for the pinnacle tournament with the warm-up matches which commence on 19 June with host England taking on Sri Lanka in Chesterfield and India playing New Zealand in Derbyshire. 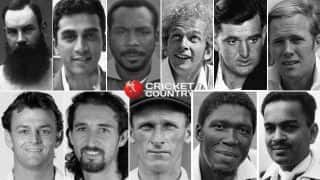