Mithali Raj has been in fine form with a tally of 356 runs in seven innings in the World Cup.

India Women are in for a big test on Thursday as they take on defending champions Australia in the second semi-final of ICC Women s World Cup 2017. However, ahead of the much anticipated clash Mithali Raj was seen imparting knowledge on her favourite shot: cover drive. In what was the Tip of the Day Mithali explained the technique behind cover drive. She went on to explain, when to pick up the right line and length for the shot. In Wisden s Masterclass last month, Mithali had explained why this shot is her bread and butter , Everything goes into it from footwork to the swing of your bat. If you hit a cover-drive, it shows that you are in for that match. India vs Australia, WWC 2017: One hit closer to the Lord s glory

Mithali also became the first woman cricketer to breach the 6000-run mark. Charlotte had achieved the feat in 180 innings, while Mithali attained it in 164. Mithali now leads the list that comprises of women s greatest cricketers such as Belinda Clarke (4,844), Karen Rolton (4,814), Claire Taylor (4,101), among others.

Mithali has been in fine form with a tally of 356 runs in seven innings in the World Cup. Keeping in mind the high-octane clash, Mithali has called for an exceptional effort from her side for beating Australia in the semi-final. 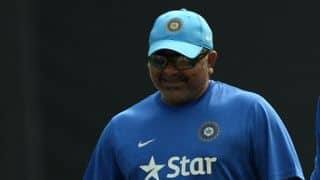 Ravi Shastri: Bharat Arun knows the Indian players better than I do 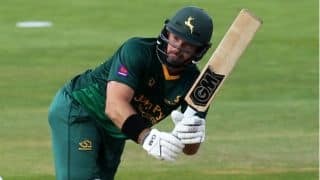